MG ZS fuel consumption: How efficient is this crossover?

Crossovers, without a doubt, are a hot commodity in most markets around the world. The same of course holds true here in the Philippines. To this end, some of you might be eyeing a new crossover sometime soon. Specifically, some of you might be looking into the MG ZS. It is one of the first Chinese-made models in its segment to get a Philippine release, and to this day, it holds a significant market share locally. So yes, for some of you, this might be the one.

But what about the MG ZS’s fuel consumption? Is it good? Well, let us help you answer that.

Before sharing with you the MG ZS’s fuel consumption in the Philippine setting, let us list off its basic specs.

For its engine, the MG ZS gets two options. For the top-spec Trophy variant, it uses a 1.3.-liter inline-4 turbocharged gasoline engine that can make up to 163 horsepower and 230 Nm of torque. It is then paired with a six-speed automatic gearbox sending power to the front wheels. 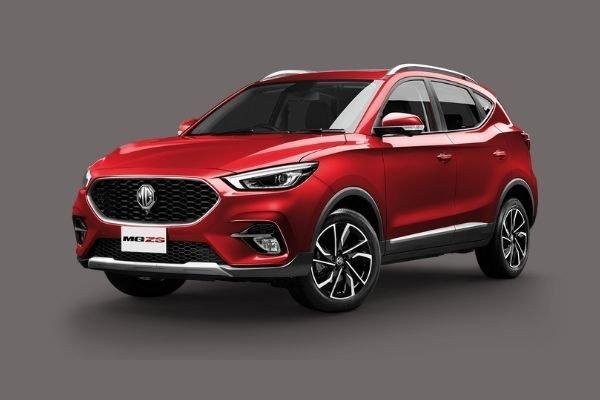 Meanwhile, the rest of the lineup uses a 1.5-liter naturally-aspirated engine that’s good for 112 horsepower and 150 Nm of torque. The non-turbo versions then get a four-speed automatic transmission which also sends power to the front wheels.

The heaviest trim level of the ZS is of course the Trophy, which tips the scales at 1,318 kg. The automatic, non-turbo variants meanwhile have a curb weight of 1,258 kgs. The lightest version is the MG ZS Style MT at 1,258 kg. Inside the top-spec MG ZS Trophy

For on-board features, the Trophy offers the most as it gets an electronic air-conditioning system as well as a 10-inch touchscreen with both Apple CarPlay and Android Auto. Like the said variant though, the Alpha also gets leather seats, a push-to-start button, cruise control, a tilt adjustable steering column, among others. However, it comes with a smaller 8-inch touchscreen that only has Apple CarPlay. The turbocharged ZS Trophy that we tested, meanwhile, clocked in at 9.8 km/liter in city driving. Of note, it was driven on light to moderate traffic, and it did slightly better than the Coolray Sport Limited that we also tested.

On the highway though, it managed to return 14 km/liter while traveling at an average speed of 90 km/h. That’s slightly below the Coolray’s 18 km/liter fuel consumption rate on the expressway. Overall though, fuel consumption figures for both the non-turbo and turbocharged ZS trims aren’t bad. Also consider that the ZS Trophy also makes oodles of power for what it is so if what you’re after is a zippy crossover, we’re sure that you’ll have no qualms at all about its fuel efficiency.