Which 2020 Honda Mobilio variant should you buy? [Comparison Guide]

It has three variants, but which one’s the right one?

In today’s Philippines, being mobile is a necessity. But for those who have a family of seven, sedans, hatchbacks, and pickup trucks just won’t cut it considering that these can only fit five passengers at most. As such, this is where the seven-seater MPV steps in. They’re cheaper than SUVs, and while they aren’t as robust, some models can offer more space than their tougher off-road capable brothers.

Now one of the most popular seven-seater MPVs in the Philippines right now is the Honda Mobilio. With its facelift back in 2017, it’s grown into a good looking car. It has however, three variants to choose from. So to guide a prospective buyer, here’s a comparison of the Mobilio’s three variants. In terms of styling, both the V CVT and the entry level E MT have chrome front grilles, as well as a standard front and rear bumper. Compare that to the top-of-the-line trim which comes with RS Design front and rear bumpers, side sill garnish, a tailgate spoiler, and a gloss black front grille.  Note however that the middle trim, and the RS Navi’s door handles and door mirrors have the same color as the car’s body, whereas the ones on the entry level are just plain black. The RS bodykit provides the Mobilio a lot of angular features

Notice also that while the E MT rides on 15-inch steelies, the V CVT has a set of 15-inch alloy wheels, while the RS Navi has RS Design 15-inch Aluminum Alloys wheels.

In terms of exterior features, all three have multi-reflector halogens, LED guide type position lights, bulb type tail lamps, power adjustable door mirrors, intermittent front wipers, a micro type antenna, and LED high mount top lights. The middle trim as well as the top trim are the only ones that come with fog lights, as well as a door mirror integrated side turn signal lights. The turn signal lights on E MT on the other hand, are mounted on the fenders. 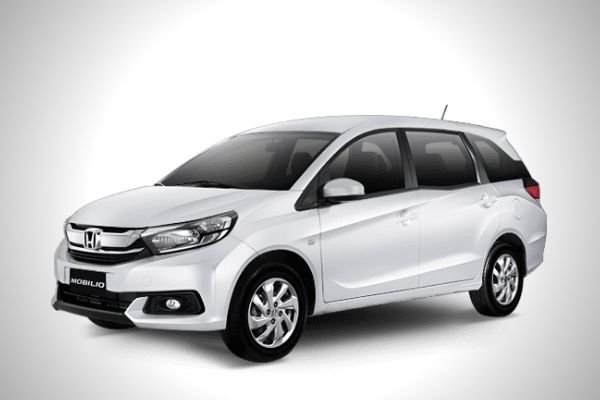 The V CVT is also a handsome vehicle, but it doesn't have the aggressive looks of the RS Navi

When it comes to audio systems, the entry level Mobilio E MT is the simplest with its 1-DIN audio system that comes with USB or Aux jack compatibility. It doesn’t have Bluetooth, and it only has two speakers. Compare that to the seven-inch touchscreen aboard the V CVT and the RS Navi, which also has a USB port, but it is integrated with Bluetooth connectivity, as well as a four piece speaker system.

You can also use the touchscreen for hands-free calling as well as audio streaming, although only the one aboard the top spec comes with navigation. Also, both the V CVT and the RS Navi are the only variants that come with steering mounted audio controls. 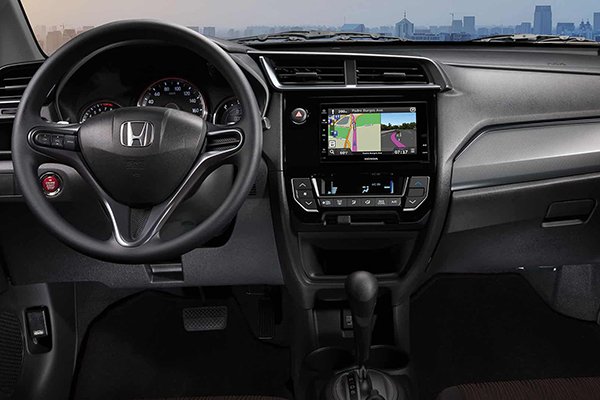 It's interior features a no-nonsense design, but its comfortable and spacious

The instrument cluster aboard the entry- and mid-spec Mobilio however, are similar with an analog type fuel level reader, a blue backlight, and an LCD type trip meter. The one aboard the RS Navi, on the other hand, looks really different with its orange backlight, its digital fuel level meter, and digital trip meter.

Standard on all Mobilio variants are the sliding and reclining seats, the 60:40 split type second row with a one touch fold-to-tumble feature, as well as the reclining 50:50 split type third row. All variants also come with a 12 volt accessory socket, and manual air-conditioning with rear independent controls.

>>> Related: Honda is currently working on the Mobilio 2021 and its likely to be larger

Under the hood, all the Mobilio variants are powered by 1.5 liter SOHC i-VTEC inline-4 gasoline engine that can make a maximum of 117 horsepower and 145 Nm of torque. All variants also have a fuel tank capacity of 42 liters, have the same MacPherson Strut and Coil spring for the front, and a torsion beam type with coil spring suspension for the rear, and all are front-wheel-drive.

In terms of safety features, the RS Navi is obviously the best equipped with its smart entry system, parking camera, stability control, and hill start assist. All Mobilio variants however do come with driver and front passenger airbags, child safety locks, ISOFIX child seat anchors, speed sensing door locks, and an engine immobilizer, as well as a security alarm. 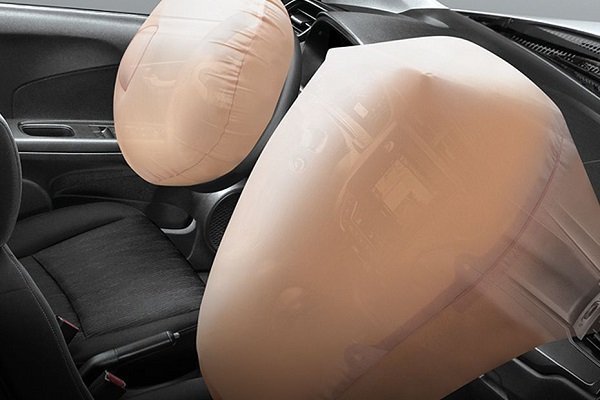 The Mobilio's airbags in action

If you care about driving a Mobilio with a manual transmission, or a Honda branded seven-seater for that matter, then the only choice for you is the E MT. It doesn’t have much in the way of active safety features, as well as on-board entertainment, but it’s just as good as the middle and top variant when it comes to power. It’s a whole lot cheaper too. 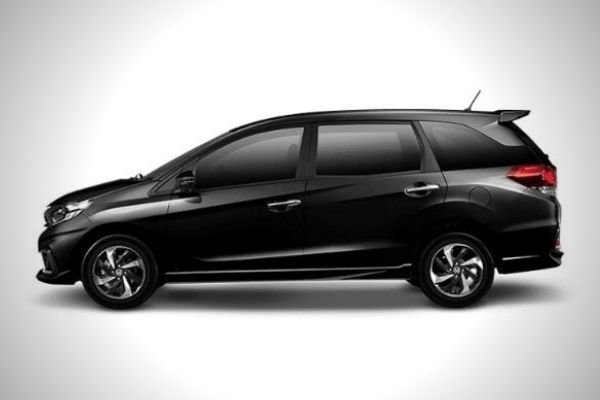 Note however that the RS Navi stands out due to it having stability control, hill start assist, as well as the handsome looking RS body kit.

So where does the V CVT stand? Well, what you're paying for when it comes to the middle variant is the CVT, which will come in handy when you find yourself on a stop and go EDSA traffic.

Plus, it comes with a better audio system, which for some, can actually make or break their driving experience. Also, it looks a bit more premium than the E MT, while not as noticeable looking than the RS Navi.

For more buyer’s guides like this, keep reading here on Philkotse.com.