Partying is nice, but alcohol should be in limits, or else!

Among the worst offenses that any driver can be guilty of, driving under the influence (DUI) is hazardous and potentially fatal for the everyone concerned. One can add damage to property and other domino effects that it can cause on the road! And sadly, driver distraction caused by alcohol is the main causes of many accidents on the road.

It can’t be avoided when there are occasions that alcohol or brewed beverages are unavoidable; especially when parties or that chill out time after work will involve alcohol intake. Some would argue that alcohol won’t dent them or the possess alcohol immunity. The bottom line is that don’t drink when driving and that does not take a rocket scientist to comprehend!

Driving drunk is preventable with these 9 best ways to avoid drunk driving brought by Philkotse.com. But, it should be adhered to strictly and abided by everyone. There are no exceptions whoever is subject to these rules should follow it. Just because of the safety of everyone who drives is concerned.

1. Appoint a key master to surrender all keys of the guests in the party

Even before the party starts have someone act as the key master. The Key master holds all keys and will not give any of the drunken party-goers. Car keys will be given to their owner unless they have sobered up or found ways to get home without jeopardizing their safety. Most importantly; the key master must have a head count of all those who arrived driving. 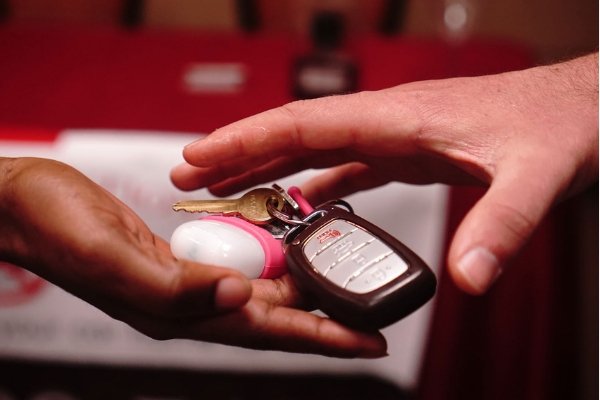 2. Download the Grab or Uber app to find drivers for drunken party animals

Another of the best benefits of mobile technology is having apps like Uber or Grab downloadable onto mobile phones. It allows the party master to get ahold of the driver; provided the address of the drunken sod is known. Plus, it allows more of the less drunken guests to enjoy the party more. Just make sure that the driver for hire gets paid or the drunk may get dumped at a traffic intersection (no pun intended but it can happen). >>> You might like to read: How much can you earn per month as a Grab/Uber driver in the Philippines?

3. Ask if someone if is willing to drive the drunken sod home

Whether the party is in full -swing or just about done, there might be a problem with dead drunks or half-drunks trying to get home! When it gets this hairy; ask someone who may know the drunk to drive him home. It can be in the sods car or someone else’s, but the point is to get him home. Unless the place is so far, then he stays snoozing till waking up.

4. Take a cab to the party place or hitch a ride with someone to avoid driving

Sometimes it better to just go there without driving. Especially if anyone is hell-bent on getting soused with so much alcohol; and wake up with rampaging hangover. This will make it easier on the key master with fewer keys to worry about too! Anyone who opts for this choice; will be sure that they get all the alcohol they need without needing to drive home. the alcohol they need and will not need to drive going home.

5. Call anyone who can pick up drunker drivers

If the driver is knocked out cold or in a drunken stupor, and all of his pals in the party are, too; using his mobile to call his wife or anyone concerned to inform them of his inebriated state that is bad for driving.

>>> Must read: Republic Act 10586 on Anti drunk driving Philippines: All you need to know

6. Convince the drunken driver to stay until he is sober

Suppose if the driver insists on leaving the party at any point, convince him to stay put and give black coffee lessen his drunkenness. Getting the driver sober is the best way to avoid drunk driving; better to chat him up and see how far he’ll sober up! Till then don’t let him out of your sight. Make it be known that the fellow can’t drink any longer; it’s loads of black coffee till soberness is reached.

7. Check on everyone while the party is in full swing

The party organizer should assign some buddies who’ll drink only enough, without erasing their brain cells. They will look over everyone and see who’s tipping it fully and are so drunk; who’ll be tagged as not to drive home. This is an important task; so drunken driving is avoided for all guests; if it can be helped! Check if all the guests in your home party are alright

8. Make sure that a buddy will be the designated driver

It will be a real gem; if the guests will bring a buddy who’ll only drink enough but not so much! They will be the designated driver for an individual or a group. But, the designated driver only gets the keys; if he’s still sober enough to drive. Another option is for someone else to drive the drunk home, and let him pick up his car later should he be near enough.

9. Never drink when you haven’t eaten anything

Before going to a party from work or from home, eat a hearty meal so getting drunk isn’t too fast, and pacing the drinks as they come. It isn’t smart to drink everything in sight! Pace and make sure that the limit is not reached, but on an empty belly that would be hard to do! Remember to eat something before starting to drink beer or alcohol

Drunk driving is not smart and has awful consequences. Just remember that driving under the influence of alcohol is not responsible and will have potential regrets that could never be reversed too.