Over 11 years ago, the very well-known Japanese carmaker Toyota wowed the general motoring public by launching the FJ Cruiser. This unique SUV wasn’t just another mid-sized off-roader from Toyota but one that embraced retro-inspired styling lifted straight from the early 1970 versions – albeit in stylish and modern appearance. And now, the Japanese firm will pull out the Final Edition variant of the FJ Cruiser.

No, you didn’t misread the information. The move is aimed to commemorate the end of production of this quirky SUV. The Toyota FJ Cruiser Final Edition is unique due to its beige color scheme, which is seen immediately on the outside. And a high-gloss black coating is also added to some main places.

The Final Edition is capped off with new side step boards and 20-inch aluminum wheels. The shade of beige with some black highlights truly breaks up the sea of brown and gives FJ Cruiser owner the look and feel of a contemporary vehicle. 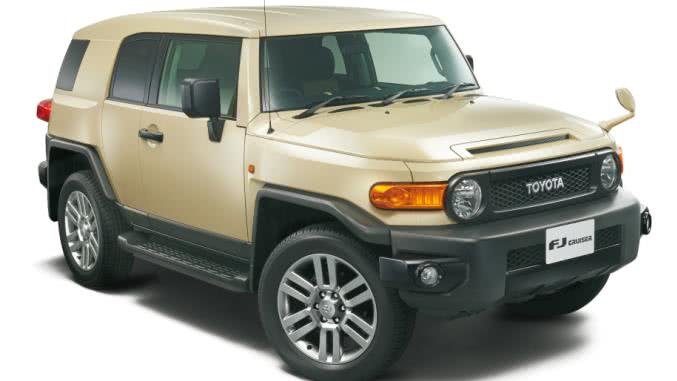 In case you’re unaware, the Final Edition we’re talking about here isn’t the first final version of that popular nameplate Toyota FJ Cruiser. Three years ago, the FJ Cruiser got the axe in USA. Now, it’s doing so at its home market as well. It’s quite sad for Japan to witness the swan song.

Time to go, we will miss it guys. So if an old Toyota FJ Cruiser has been put in your garage, you might want to think twice before throwing this classic away?

After recognizing its demand, the country's leading carmaker Toyota Motor Philippines brought the FJ Cruiser in the country in 2013. The 2021 - 2022 Toyota FJ Cruiser maintained its predecessor’s aesthetic principles – tough, intimidating, and boxy with rounded corners. At the same time, it received modern technological updates. Locally, the FJ Cruise only has one variant, and it is priced at Php 2,098,000.

In the local market, the FJ Cruiser competes against the likes of the Jeep Wrangler and the Land Rover Defender. And technically, it also belongs in the same niche as the Suzuki Jimny.