Only 500 GRMN Yaris units will be sold. On the outside, the all-new GRMN Yaris looks downright aggressive, even more so than the regular GR Yaris. This is thanks to the hood and roof, which are both made from carbon-fiber-reinforced plastic (CFRP). GRMN Yaris with the Circuit Package

Of note, there are also two separate parts packages for the all-new GRMN Yaris. First is the dealer option Rally Package which we’ll talk about later as it focuses on mechanical upgrades.

The other one is the Circuit Package, which offers a set of 18-inch BBS GRMN exclusive wheels, a lip spoiler, and side skirt as well as a carbon fiber rear spoiler. It also has some GR shock absorbers which we’ll also discuss later. The GRMN Yaris Circuit Package from the rear

Inside, the dashboard looks the same, and it still gets the same climate control system as the regular Japanese-spec GR Yaris. It also lacks the head unit that is available on the standard variant. Note the lack of a touchscreen headunit

Then again, some space-saving measures have been applied to its interior. Toyota stripped it of its rear seats, replacing them with a body reinforcement brace, while a pair of presumably lighter Recaro bucket seats have been placed in front. To further save weight, Toyota Gazoo Racing didn’t give the GRMN Yaris a touchscreen head unit, only placing a cubby hole where the display would normally be. Then again, this empty space can be used to fit an aftermarket auxiliary gauge screen or other peripheral equipment. For safety, the Recaro seats that come with this new version of the GR Yaris have integrated side airbags. It wasn’t stated in the press release, but we can assume that it retains the rest of the safety equipment available on the GR Yaris.

Mechanically, the GRMN Yaris is structurally stronger than the regular GR Yaris. This is thanks to the addition of around 540 more spot welds for its unibody frame. Moreover, it also gets an improved manual gearbox with closer gear ratios from the first to fourth gears. All gears were also improved for strength. Toyota Gazoo Racing then equipped the GRMN Yaris with a mechanical limited slip differential, replacing the Torsen LSD on the regular GR Yaris.

The GRMN Yaris also uses a 1.6-liter inline-3 turbocharged engine. It can produce up to 272 horsepower and 390 Nm of torque. That’s 20Nm more than the regular Japanese-spec GR Yaris, but its horsepower output remains the same. As a side note, the Philippine-spec GR Yaris makes even less at 257 horsepower.

For the Circuit Package, the GRMN Yaris gets Bilstein damping force adjustable shock absorbers. Stopping power has also been improved with the use of 18-inch brake discs. 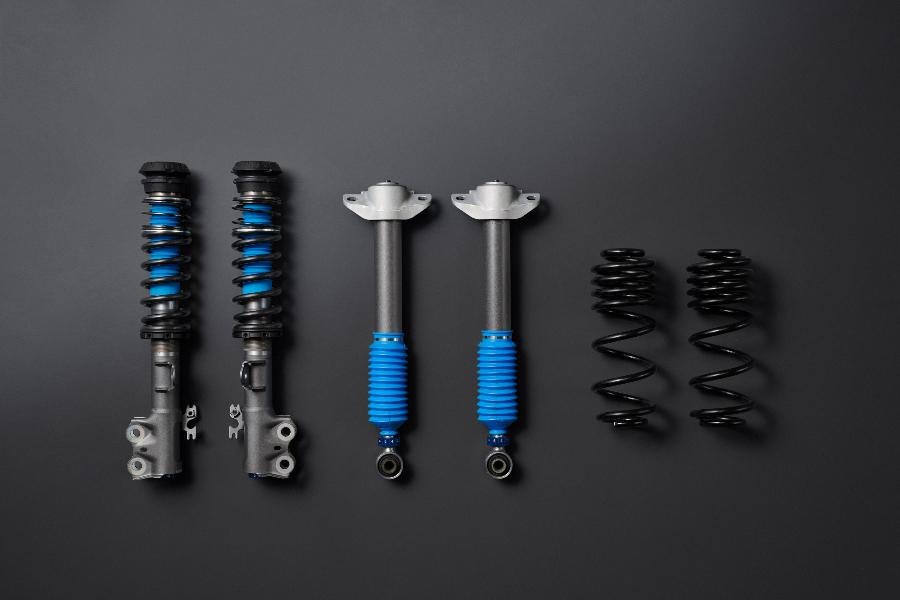 The Rally Package meanwhile includes a GR shock absorber and short stabilizer link set, a GR under guard set, as well as a GR roll bar.

So, can you buy this very hot hatch? That’s not likely, at least for now.

Toyota will only release 500 GRMN Yaris units, and all of them will be sold in Japan. Moreover, you’ll have to win a lottery to even get the chance of buying this beast. The Circuit Package is even rarer, as only 50 sets will be sold. In terms of pricing, the GRMN Yaris starts at the equivalent of around Php 3.2 million before other fees. With the Rally Package, that price is bumped up to around Php 3.756 million. The ultra-limited Circuit Package meanwhile, is priced at Php 3.795 million.

As a consolation of sorts, Toyota will be releasing some of the GRMN Yaris upgrade parts as individual pieces sometime in March 2022. Hopefully, these parts will be made available in the Philippine market.