Jul 27, 2017 | Same topic: Most Updated Car Concept
This Ford F-150 Police Responder promises to make car lovers surprised because of its serious look and high-end standard.
The Ford F-150 is an American police car that has been recently received a great concern from people who have a grand passion for police cars and police car’s chase. And it is more exciting with a kalesa than a V8 sedan equipped with bull bars.

The Ford F-150 is an American police car that is recently received a great concern from people
The Ford F-150 Police Responder will break the rule of a normal American police car because it is the first truck that officially serves police pursuit duty. Owning a tough and strong body, the car looks quite grave as its owners.
>>> Click to see the list of 10 least expensive pickup trucks you can buy today
Instead of a V8 power, the vehicle uses EcoBoost V6 that is paired with all-wheel drive and a 10-speed (Yes!) transmission. The 375hp and 637Nm contribute to a good speed limit of 161kph. Not only designed with a muscular body, components have been strengthened to cope with the stringent requirements of law enforcement.

According to Ford, the steel frame and ‘military-grade a-loo-min-um’ are standard (giving the vehicle the largest cabin space). Ford also upgrades the truck with better brakes, all-terrain tires and a tougher front anti-roll bar. Anti-stab plates are also extra equipped to the front seats, and the rear quarters are all vinyl in order to clean more easily. 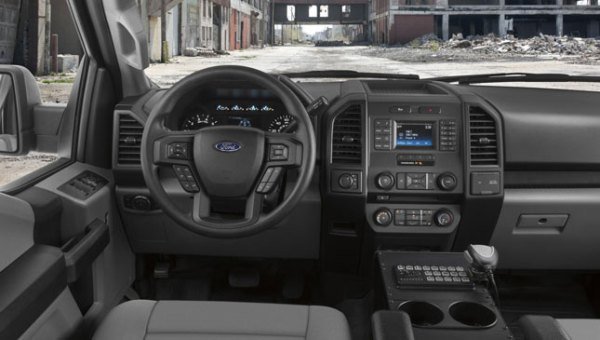 Ford also upgrades the truck with better brakes, all-terrain tires and a tougher front anti-roll bar
In addition, a 240amp alternator is also equipped to support the police’s extra electrical weapons (laser guns, most likely), a under-body protection for safe huge jumps and an engine idle hour meter to measure the time of motor’s rotation. This model will surely bring us a fresh feeling when watching cop movies. 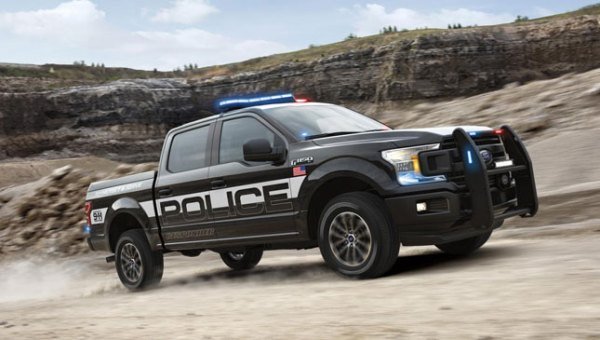