The brand announces that it plans to build a four-door and five-seat SUV model.
After almost car brands have SUV onto the streets, Rezvani now finally reveals its unnamed SUV that is claimed bulletproof capability and military inspiration. 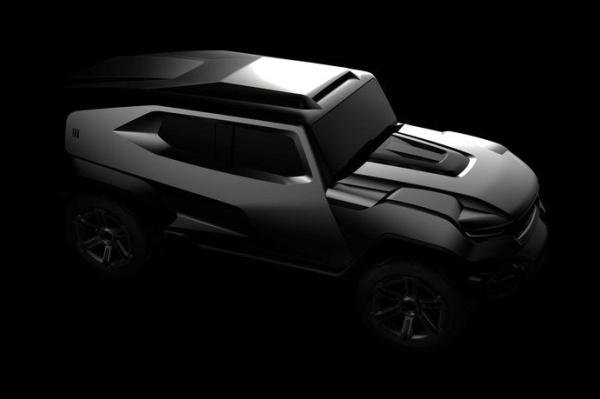 Rezvani has already taken a $1,000 reservations as a refundable deposit from potential customers to manufacture the four-door, five passenger SUV. The car has been introduced in early design sketches with the bold claim - ‘toughest extreme utility vehicle on the planet’. Its system would be somewhat equipped with the optional bulletproofing.

Rezvani is going to deliver its all-new SUV car in late 2017. Despite the fact that the manufacturer has not yet unveiled the new engine’s price, it is expected to have the same cost as the Rezvani Beast ($159,000) or even a lower price.

>>> Do you know 9 reasons why Isuzu MU-X is one of the most favorite SUVs in the Philippines? Read our full article for more information. Through car’s preview images, we will see the 2017 Rezvani SUV should be a body-on-frame with a very high ride height and rugged design. It'll also have chunky wheels adding to the off-road-friendly aesthetic with two engine choices on offer.

“From the beginning, we knew that we needed a tough, rugged off-roader to compliment our core vision of high-performance sports cars. This is that vehicle, and then some.” said Rezvani.