After three years, the Honda BR-V 2019 gets a whole heap of improvements for its exterior and interior styling and also new features!

The Honda BR-V is Honda’s popular, 5-door compact crossover that has been around since 2015. With only about three years in the automotive market, it has now received a significant update for the model year 2019 with Indonesia being the first get the new BR-V.

A couple of days ago, the Honda BR-V has arrived on Philippine shores where it is poised to compete against other seven-seaters like the Toyota Rush and the Mitsubishi Xpander.

Also of note is that this facelifted Honda BR-V 2019 are now assembled locally in a Honda facility located in Santa Rosa, Laguna and it gets two variants, the 1.5V, and the 1.5S. 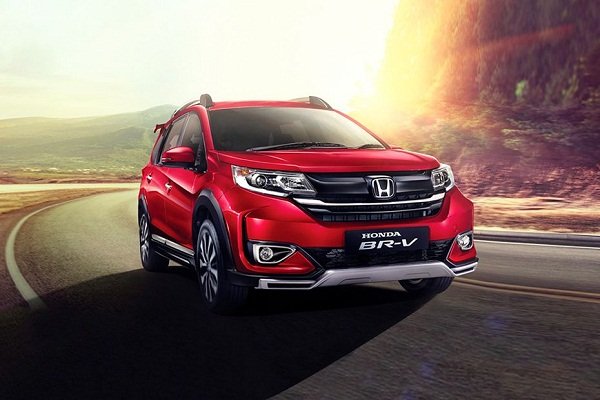 The new and improved Honda BR-V has adopted a more aggressive look.

The first thing you’ll notice is that the latest Honda BR-V gets a new front bumper which is clearly inspired by another Honda vehicle: the CR-V. Also, the 1.5V will get LED daytime running lights while the 1.5S will have the usual projector lights.

The front also has new vent-like features that run towards both sides of the bumper which aside from the largeness, also makes the BR-V look sportier. At the rear, one might say that the BR-V didn’t change that much but it is in fact given new bits and pieces here and there like the new rear diffuser. The reflectors which were previously on the lower part of the bumper are now flanking the lower part of either side of the vehicle’s rear.

These are now vertically aligned. Also new are the totally different 16 inch wheels which look sportier than the ones on the previous BR-V.

2. 2019 Honda BR-V: The revised interior and other features

According to latest updates in the auto industry, Honda wants the BR-V to feel sportier as such, they gave the top of the line 1.5 V a dominantly black colored interior with red accents on the leather timed seats as well as red-colored leather door armrests.

The shifter and steering wheel are similarly themed giving the BR-V’s entire interior air of added sophistication and sportiness. Also as you may well know black colored interiors are less susceptible to stains from either wear and tear or spilled food items so dark is a good way to go.

While the new BR-V gets stylishly dark themed interior with red accents, the dimensions of the roomy interior remain the same

The new Honda BR-V 2019 interior now also has a larger 8-inch infotainment system that has Apple CarPlay and Android Auto adding to the functionality of the vehicle.

Another important feature to be added, possibly due to popular demand, is a helpful rear view parking camera. What remains the same are the front passenger and driver airbags, central locking, an anti-lock braking system, and stability control. 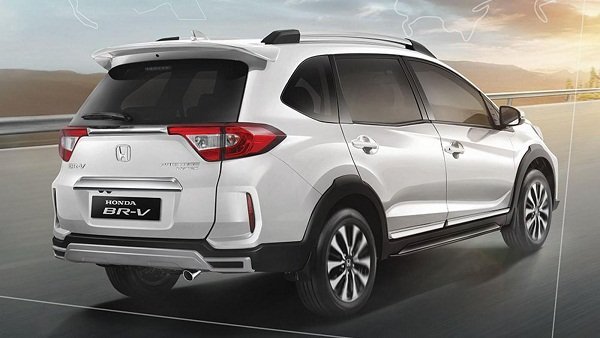 While a lot has been changed to the interior and styling of the 2019 BR-V, the engine and transmission remain the same. It still that trustworthy 1.5-liter VTEC that’s capable of producing up to 118 horsepower and 145 Nm of torque. Power is sent to the front wheels through a CVT. 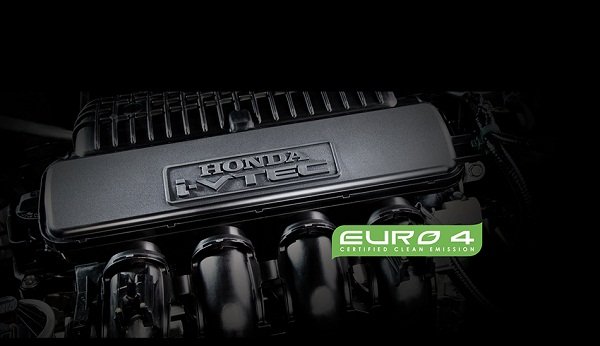 The updated 2019 Honda BR-V gets two variants, the 1.5V, and the 1.5S. One major difference the top of the line 1.5V will have are paddle shifters and LED daytime running lights plus many other useful features and toys. There are no differences however with regards to the engine output.

>>> Find cheaper options in our Honda BR-V for sale section

The Honda BR-V 2022 is the Japanese marque's entry to the MPV segment with aggressive SUV-like styling. It is available in the Philippines with seven seats, six colors, and three variants. Honda BR-V price Philippines starts at Php 1,038,000 for the base 1.5 S CVT and goes up to Php 1,158,000 for the top-spec 1.5 V CVT. Under the hood, this vehicle is powered by a 1.5-liter SOHC i-VTEC 4-cylinder gasoline engine that makes 118 hp and 145 Nm of torque. An Earth Dreams Technology Continuously Variable Transmission (CVT) is the sole transmission option.

Dimensions-wise, the BR-V is 4,456 mm in length, 1,735 mm in width, and 1,677 mm in height. Additionally, it has a ground clearance and wheelbase rated at 201 mm and 2,662 mm, respectively. In the local market, this Honda MPV is competing against the likes of Mitsubishi Xpander, Toyota Avanza, and Maxus G50.