First all-electric truck - Fuso eCanter to be sold in US

As almost every car makers in the world today has shifted its focus on EVs (electric vehicle) and are churning out their own models of their EVs to take on the future. Mitsubishi Fuso Truck and Bus Corporation (MFTBC) isn’t an exception. While other car brands go for something beautiful and unique like space crafts, the MFTBC begs to differ as it has unveiled the all-electric truck – the Fuso eCanter.

The Fuso eCanter is dubbed as the first zero-emission light duty truck worldwide today. This MFTBC’s generation will not only be becoming an influential presence on many cities’ roads around the world, it likewise helps the manufacturer and the general motoring public step into the new era of all-electric truck. According to latest updates on automotive industry, the UPS - the popular international shipping services – has received the zero-emission trucks recently. These zero-noise, zero-emission trucks are set to become part of the UPS delivery truck fleet. 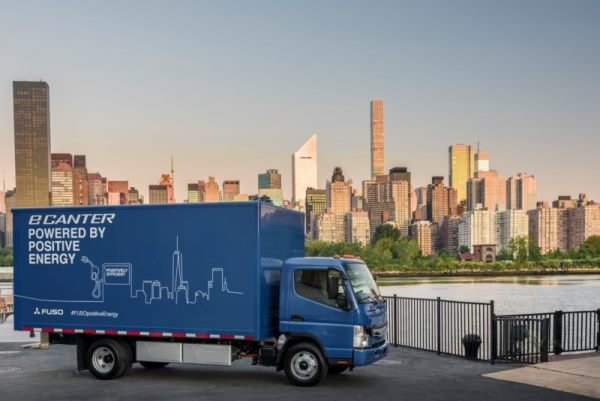 On a single charge, the all-new Fuso eCanter can run up to 100km. In coordination with StoreDot – the Israeli battery-technology startup, the MFTBC will tap into a provider that seeks to allow EVs to be refueled as quickly as vehicles with combustion engine can recharge. As for the truck, it has a very large bed that can house up a lot of big and heavy luggage – up to 3 and a half tons. Future eCanter owners will never have to worry about the space for their all kinds of stuff.