Dazzled by the 100th Audi RS3 LMS in gold livery

Audi has recently delivered its 100th example of the RS3 LMS, a “commercial success” of the company during this year.
To mark an important milestone for the delivery of the 100th Audi RS3 LMS, Audi has decided to redecorate its luxury race car. 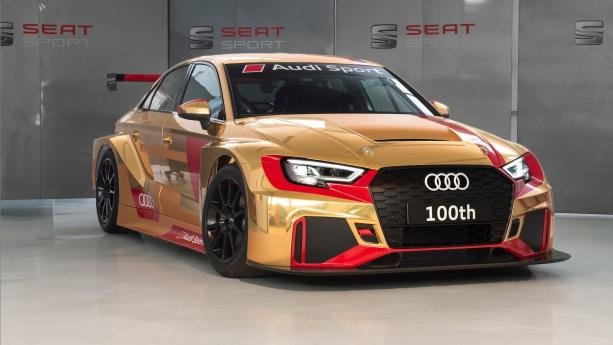 Audi has decided to redecorate its 100th Audi RS3 LMS
The special RS3 LMS is covered by a “one-off” gold livery with red Audi Sport accents throughout the side. The front fascia is also adorned with contrasting red surrounds found on headlights and the front grille. Furthermore, the white Audi Sport logo is highlighted in red on the door panels, side skirts, rear bumper and the biggest one can be seen underneath the massive rear wings. 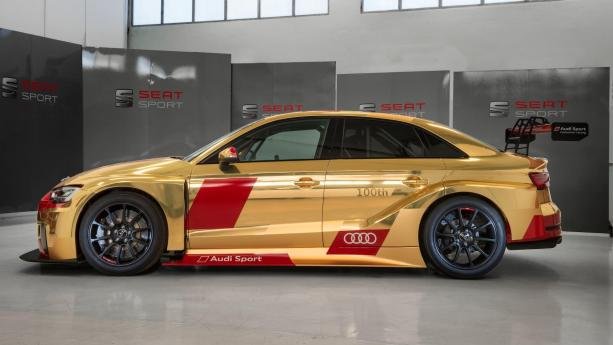 The car is covered by a “one-off” gold livery with red AudiSport accents throughout the side
>>> Audi intends to expand its line-up with all-new performance SUVs, in which the luxury RS Q8 promises to lead the range. Click here to read full our article.

"In just its debut season, we have already delivered 90 examples of our race car to customers around the world and have received preorders up to the 100th model," Chris Reinke, Kingpin of Audi Sport customer racing shared. “We’re proud that our entry model for touring car racing has gone down so well and that it is already such an important pillar of our model range." 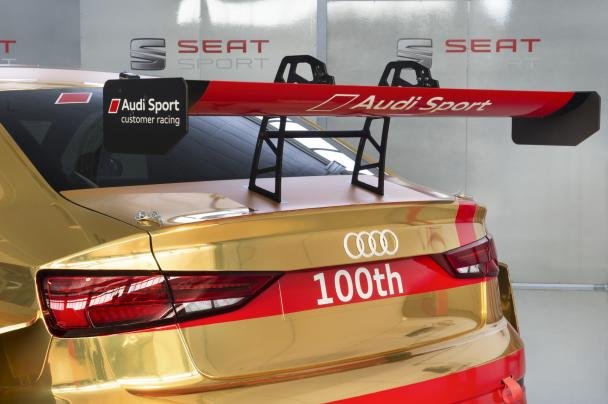 The biggest AudiSport logo can be seen underneath the massive rear wings
Officially introduced in September last year, the Audi RS3 LMS has been the companion of its favored customers in 125 races on three continents: America, Europe, and Asia. These customers have scored 73 podiums including 24 victories in both 12- and 24-hour endurance races. But more than that, four world championships have been recorded for the race car in Italy and Japan.