The Civic now comes with a sleeker design.

After a series of leaked information online, the all-new 2022 Honda Civic has made its global debut. It comes with a cleaner, more mature design inside and out as compared to the aggressive-looking 10th generation Civic. The production version of the 2022 Honda Civic also looks similar to its prototype version that was shown last year.

Honda said that its stylists and engineers want to make the 2022 Civic a car that would be a “breath of fresh air” in the compact sedan segment. The Japanese automaker’s design team also followed the car brand’s “Man-Maximum, Machine-Minimum” (M/M) concept when it comes to the overall layout of the 11th-generation Honda Civic.

The 2022 Honda Civic features a clean exterior design that sets itself apart instantly from the outgoing model’s striking look. You can indeed say that the Civic has all grown up due to its more mature and toned-down exterior. It has a low and sporty stance along with sleek character lines. The front end gets sharp LED headlights that are integrated with black accents. The Civic’s new headlight design is further highlighted by the L-shaped LED daytime running lights. It also has a wide lower grille and a slightly angular bumper fitted with fog lamps. Honda said that the all-new Civic’s windshield pillars have been adjusted rearward, which translates to a more elongated hood. The all-new Civic looks sleek on the side

Turning at the side, the 2022 Honda Civic is as sleek as it can be. It has a more composed look as compared to the 10th-gen model. The all-new Civic features a low beltline that runs from the front, and all the way to the rear while the side mirrors are now placed at the doors. Honda’s compact sedan still comes with a fastback-like roofline, which is pleasing to the eye. The vehicle is finished off with a set of 18-inch alloy wheels. The rear of the all-new Civic also has a toned-down look compared to the outgoing model. There are no traces of the sharp and aggressive rear styling of the 10th-gen model. Although it comes with distinctive LED taillights, a large bumper, a lip spoiler, and a shark-fin antenna. Honda said that the 2022 Civic Sedan will be available in eight exterior colors, three of which are new: Meteorite Gray Metallic, Sonic Gray Pearl, and all-new Civic-exclusive Morning Mist Blue Metallic. Inside, the 2022 Honda Civic features the car brand’s new interior design philosophy dubbed ‘simplicity and something’. This philosophy integrates a clean interior layout so that drivers can get used to the cabin features almost instantaneously. Think of it as something like a less is more design approach. And you can see that the 2022 Honda Civic indeed has a clutter-free interior layout. 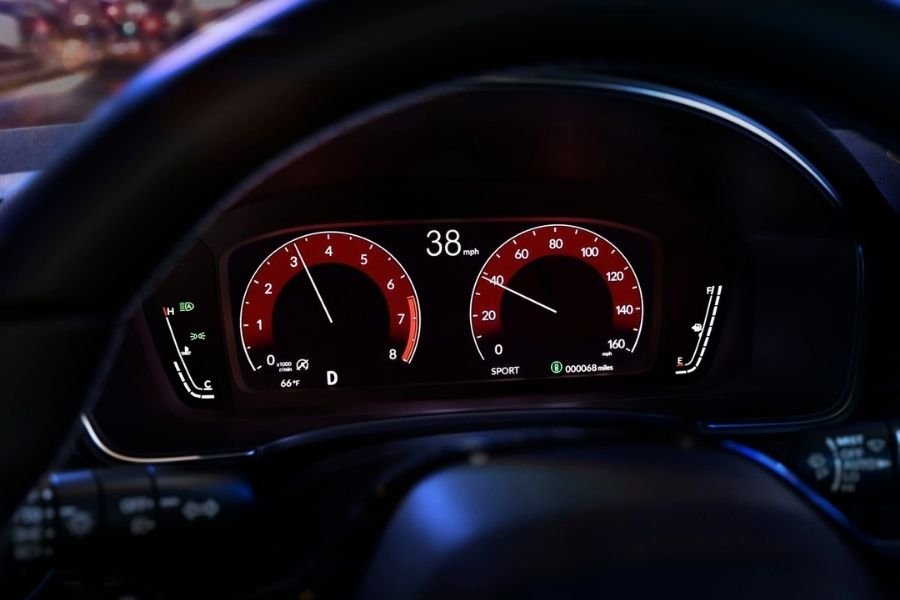 The 2022 Honda Civic Touring variant is fitted with a 10.2-inch all-digital instrument cluster that displays a variety of information, which are all customizable from the steering wheel. It is also equipped with a 9-inch infotainment touchscreen, the largest in any Honda-brand vehicle yet. The said touchscreen comes standard with wireless Apple CarPlay and Android Auto. The Civic Touring trim is also equipped with Qi-compatible wireless charging. It also has Bose audio system.

Honda claims that the suspension of the all-new Civic comes with a pair of lower arms with an improved bushing design that reduces road noise, lessens vibrations, and provides more stability. There are two engine options for the 2022 Honda Civic: a naturally aspirated 2.0-liter and a turbocharged 1.5-liter gasoline. The 2.0-liter gasoline engine puts out 158 hp and 187 Nm of torque. The 1.5-liter turbocharged, on the other hand, generates 180 hp and 240 Nm. Both engines are connected to a continuously variable transmission (CVT).

Are you excited about the 11th-generation Honda Civic? Well, there are reports stating that Honda Cars Philippines, Inc. (HCPI) is scheduled to launch the all-new Civic this year.