2022 Honda Civic: Specs we'd like to see in the Philippines

Pinoys will really appreciate a more powerful engine for the Civic.

With the 11th-generation Honda Civic already revealed, some of you might be wondering as to how the Philippine version will be specced. On that end, we here at Philkotse would like to see some specific features found on the new Civic to make their way to the local market. Mind you, the new version of this Honda-made sedan has loads of new gadgets that we reckon many Pinoys will like. To start off, we’re hopeful that the 2022 Honda Civic for the Philippine market will also come with the revised 1.5-liter inline-4 turbocharged gasoline engine. However, just like before, there’s going to be a larger naturally aspirated version, and the aforementioned turbocharged version for the top-spec RS variant.

Of note, the naturally aspirated four-banger for the entry-level US trims now have a larger 2.0-liter displacement. As such, it can now make 158 horsepower and 187 Nm of torque. The turbocharged 1.5-liter however, will undoubtedly get a lot of takers locally. At most, this engine can now produce up to 180 horsepower and 240 Nm of torque. More power from a car is always great. On a Civic, a car with such a huge performance-hungry fanbase in the country, it will only prove to cement its position further in the compact sedan market. We’re also hopeful that the revised pump for the 11th-gen Civic’s continuously variable transmission will also come with the local version. The same goes for the Civic’s new suspension components. This makes sense since they’ll complement the more powerful Civic engines better. The new suspension components are particularly interesting since Honda claims that they can provide better ride quality and less road noise.

As with most new cars coming into the Philippines, there will be some features that will be absent. This is done either to cut down on prices or that the tech isn’t optimized for region-specific driving conditions. Take for example the new Honda Sensing kit that’s available on the new Civic. Sure, some form of it might become standard on the 2022 Civic RS version, but we’re guessing that it won’t be getting the newer driver-assist features namely the low-speed braking control system, and the rear false-start prevention system. Then again, if Thailand receives these new and improved driver-assist features, there’s a good chance that we’ll be getting it as well.

For those curious, the low-speed braking control system becomes active when traveling at speeds below 10 km/h. Whenever the new Civic’s sonar sensors detect obstacles, the car will automatically apply the brakes and issue audible warnings. The new Civic from the rear

The rear false-start prevention system, on the other hand, prevents accidental acceleration due to the misapplication of the accelerator pedal during low speeds and/or from a standstill be it on a parking lot, your garage, or on an intersection. In other words, whenever a driver presses on the accelerator suddenly, the car automatically restricts engine power. This temporary power cutoff can last up to four seconds especially when the car’s sensors detect obstacles on the road. As with the prior system, this system will also blare out audible and visual warnings to the driver.

Of note, the new Civic comes with a lot more sensors for these two systems, and many of the other driver-assist systems to work. Sure, some systems are still reliant on cameras, but combined with the eight new sensors, the new Honda Sensing safety suite is an advanced piece of tech that costs a lot of money. Moreover, Honda might also need to test these new systems on Asian roads before making it available. With regards to other safety equipment however, we’d like to have the redesigned front airbags, and the new side-rear airbags. We’re also convinced that the new Advanced Compatibility Engineering body structure will also make it to the Philippine market since it’s integral to the new Civic’s exterior and interior design. It provides better occupant protection during angled frontal collisions, as well as better side impact protection.

We’d like to see the nine-inch infotainment touchscreen make its way to the local market as well. It has wireless Apple CarPlay and Android Auto. Due to its size and position, it is significantly more legible than the current seven-inch unit found on the 2020 Civic RS Turbo. On the other side of the coin, Honda might instead keep the old headunit and reposition it on the dash. Mind you, the onboard infotainment system on the current Civic RS already works great as it is.

As for the 12-piece Bose sound system though, that might be a harder sell in the local market. Some might like it, so maybe as an optional piece of kit perhaps? 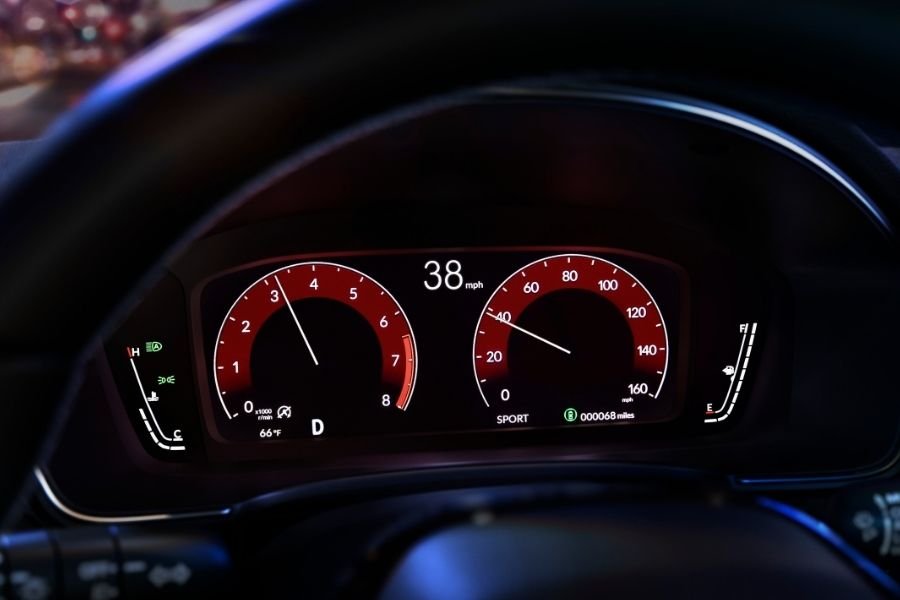 There’s also the new 10-inch digital cluster that’s standard on the top-spec Civic Touring trim that’s available for the Yanks. We’d like to see it on the Philippine-spec top Civic variant. It is much more visible than the old analog gauge cluster, and it can display more information too.

Would you want to see these features on the future 2022 Honda Civic for the Philippines? Are you excited for what’s to come for the Civic in the local market? For now, though, Honda Cars Philippines, Inc. is reportedly looking to launch the all-new Civic this year. For more updates on the 11th-gen Civic, keep reading here on Philkotse.com.