Yesterday, we reported on the impending release of the Honda N7X’s production version. On the said model’s launch that was streamed on YouTube however, it turned out that it is indeed the second-generation Honda BR-V. Of note, this update has been a long time coming since the first-generation model BR-V was released way back in 2016. That was five years ago. As for the new model, it appears that Honda has made huge strides to modernize its looks, as well as its on-board features.

At first glance, the new BR-V now looks like a proper SUV with a sharp, futuristic touch. The front end gets a pair of new LED headlamps that are fused together with a wide grille, which resembles the one on the new Honda Civic but is much larger.

Surrounding the headlamps are a pair of L-shaped LED daytime running lamps. The front foglamps are also surrounded by an L-shaped housing. The new BR-V from the rear

Towards the sides, the car features a straight beltline that is accented by a character line running from the tips of the headlamps to the taillights. The rear lamps come in a trapezoidal shape, and the rear door features a clean but shapely design. Below that is a faux skid plate.

As for its exact dimensions, Honda is yet to reveal those figures. Then again, it appears to be larger than the older BR-V model.

Moving on to the 2022 BR-V's interior, one can see that it appears more premium. And yes, it can still seat up to seven occupants, but the second row now gets an armrest. Also new are the accessory power outlets for the second and third rows. A peek into the new BR-V's interior

The dashboard itself also gets a new look, and the top-spec model for the Indonesian market (Prestige) gets leather-clad soft touch surfaces. The same goes for its interior door cards.

Lastly, the driver is then provided with a 4.2-inch display on the instrument panel. This can provide the driver various information like fuel consumption, and the status of the car’s various driver assist features.

Besides the new interior design, the second-generation BR-V also features a new seven-inch headunit that can connect to phones via Apple CarPlay and Android Auto. Also new are remote engine starting and power-folding side mirrors. It also gets walk-away automatic door locks as well as smart entry. A closer look at the new BR-V's headunit 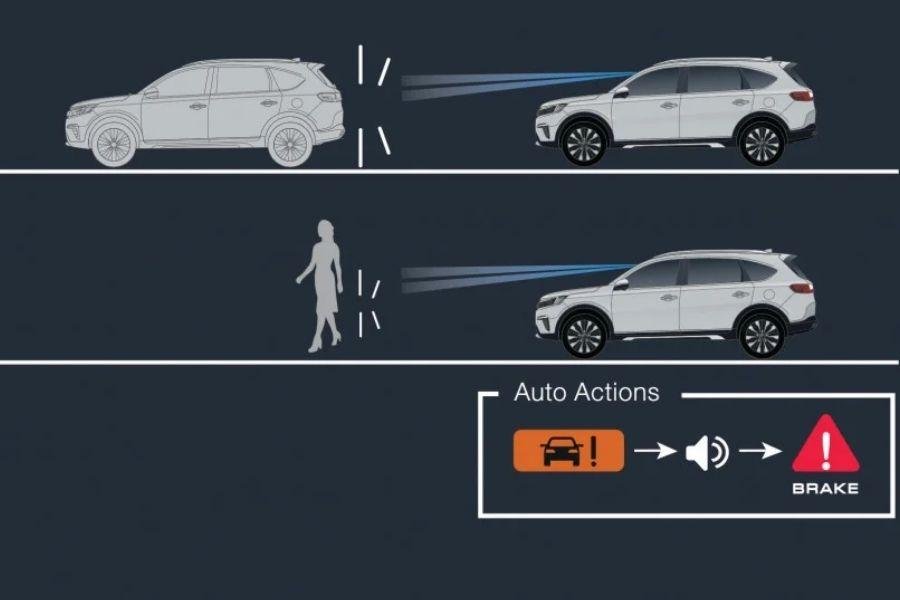 With this update, the BR-V becomes one of the few in its class to come equipped with autonomous emergency braking

Under the hood of the new BR-V is a 1.5-liter I-VTEC inline-4 gasoline engine. It can make up to 119 horsepower and 145 Nm of torque, and it is paired with either a manual gearbox or a continuously variable transmission (CVT).

Of note, this is identical to the new Honda City, which also uses a 1.5-liter I-VTEC four-banger. And while Honda has yet to confirm if this is indeed the L15B1 engine, we are certain that it is.

So, is the new BR-V coming to the Philippines? For now, we do not know yet. But if you’re excited about it, keep reading Philkotse.com as we’ll be talking about it when more information comes to light.