The judgment appears unsatisfactory, doesn't it?

James Liang, 63, Volkswagen’s Head of Diesel Competence in the United States has recently sentenced to 40 months in prison and a $200,000 (P10.2 billion) fine for what he did in the company’s Dieselgate scandal last year.

In detail, Liang was involved with the production of wicked software allowing some VW diesel models (in fact, 11 million vehicles) to pass the emissions test. Except for that time, those models always emitted up to 40 times the allowed levels of nitrogen oxides.

The judgment was formed by Sean Cox, the US District Judge. However, he said that the sentence should have been considerably harsher, but Liang had been cooperative to commute the punishment.

“This is a serious crime and involved a massive fraud upon the American consumer,’’ Cox stated. “Cooperation or regret doesn’t excuse your conduct. […] You were an important and key player in a very serious crime,” he said to Liang. Nevertheless, he thought that Liang was not the organizer of the Dieselgate scandal. 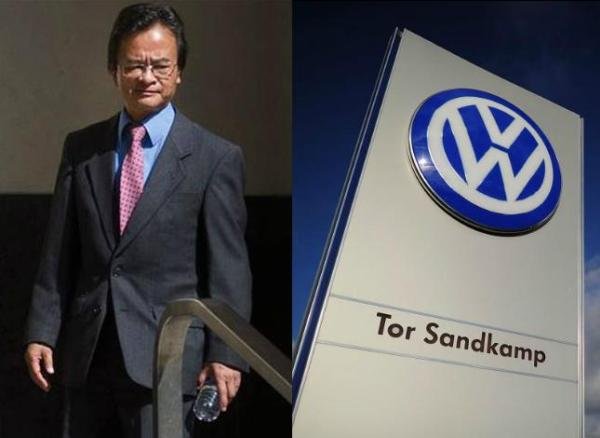 Liang had cooperated with investigators and prosecutors to commute the punishment

During proceedings, Liang admitted the reason he helped devise software which cheated emissions tests and lied to government regulators was for a generous salary of $250,000 (P12.7 billion) per year along with living in a luxury home in South California.

Excluding James Liang, 8 VW executives have also been accused of their involvement in the scandal0. Furthermore, VW must pay for a total of $24 billion (P1,225 billion) covering fines and other costs related to its scandal.

>>> What do you think if MIVEC Clean Diesel empowers your Montero Sport and Strada?