Toyota Philippines will continue to push for hybrid vehicles locally

The sales of hybrid cars are growing exponentially and can arguably be dubbed as the future of the automotive industry.

Last year, Toyota Motor Philippines (TMP) announced that it will be pushing to bring in hybrid cars locally, hence the Toyota Corolla Altis Hybrid. This car marked a new era for hybrid cars in the country.

When TMP was asked if the Sienna hybrid will be brought here, considering that minivans sell to Filipinos, a Toyota representative said, "What I can say now is hybrid adoption remains to be one of the priorities of TMP." That statement isn't surprising at all. Even Toyota's dedicated web page for its hybrid vehicles has been updated, further cementing the company's goal to introduce more hybrid vehicles to the Filipino car buyers.

Hybrid cars would be a good addition to the automotive scene in the Philippines, especially in areas like Metro Manila as it is reported that these Toyota cars saved more than 120 million tons of CO2 during its 23-year run.

In fact, Toyota hybrid cars have saved 38 million kiloliters of gasoline globally – that’s nearly two million trips to the moon and back. 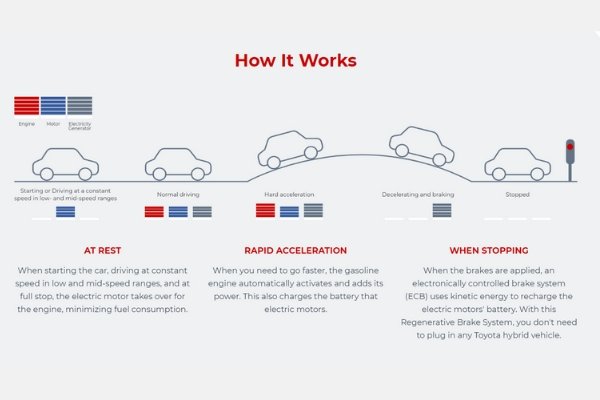 The RAV4 Hybrid is currently Toyota’s top-selling hybrid car – beating out Toyota’s first hybrid car, the Prius. With that being said, we would love to see the RAV4 Hybrid being sold locally.

But that may take some time because that car is already pricey with its current price tag as the hybrid versions are generally more expensive.