The biggest change lies with its chassis.

After giving the old second-generation Avanza two facelifts, Toyota and Daihatsu finally updated the said model into its third generation on November 10, 2021. And being a totally new model, the third-gen or W100 Avanza gets a fresh, more contemporary design, and it rides on a new platform as well. 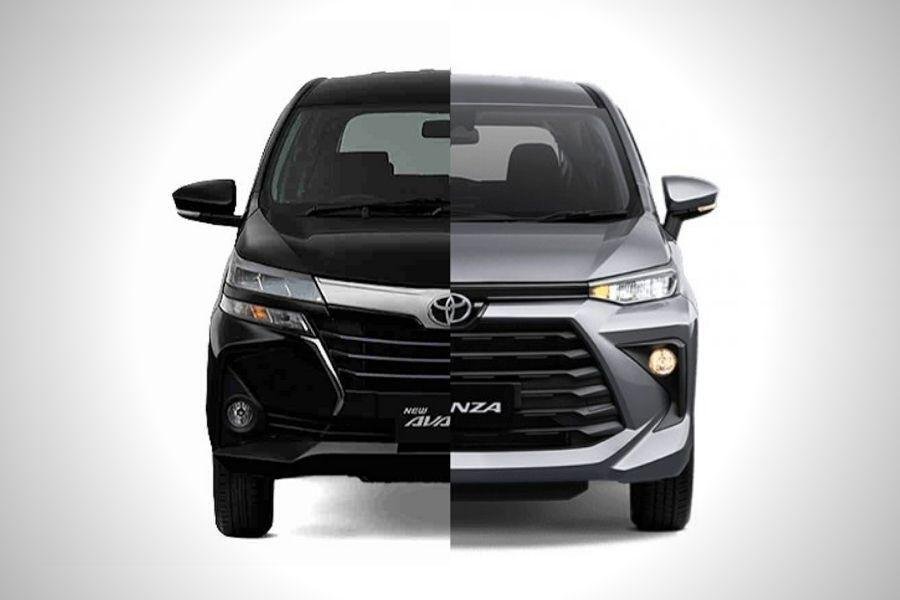 How does the new Avanza (right) compare to the old Avanza (left)?

So, how does it differ from the previous version? Just how dramatic are the changes made to the new one? Let’s find out by comparing the outgoing Avanza against the new one.

While the outgoing second-generation was given a new face back in 2019, the new third-generation 2022 Toyota Avanza now features a front fascia that is more aligned with the current Toyota design language.

For starters, it now sports a more prominent trapezoid-shaped grille with a set of more defined slats. The old model also had a trapezoidal grille, but it is smaller. The old 2nd-gen Toyota Avanza with the second facelift

Moreover, the new Avanza gets a pair of circular front fog lamps that are framed by more angular fog lamp housings. It also lost the “quad headlamp” setup in favor of a more compact and more conventional-looking LED headlamp cluster.

In-between the said headlamps is a straight line bisecting the width of the new MPV. In comparison, the old version had a bow-like line that connected its headlamps.

Towards the sides, the new Avanza also gets a prominent character line which is absent on the old model. Also, the side mirrors on the new model are now mounted lower on the door, instead of below the A-pillar. The fender flares of the new Avanza are also more visible and are positioned higher than the old model. Similar to the front, the rear is also more modern-looking compared to the rear of the old Avanza. It also lost the quad taillight design, in favor of a cleaner but more traditional single cluster setup.

Just like the older Avanza, the new third-generation Avanza can still seat up to seven people. Then again, it features a more modern interior, which is more premium-looking than the utilitarian-feeling interior of the old version. Inside the old Avanza

Starting with the dash, the old one was hefty-looking, and it had a large center stack that dominated the front cabin. In contrast, the new model gets a slimmer center stack. This was achieved by repositioning the headunit farther up into a “floating touchscreen” setup.

The multi-tiered look of the dash itself was also enhanced on the new model, with deeper and more angular nooks and crannies. The air-conditioning vents were also redesigned to be slimmer and sleeker than the square-shaped ones on the old model. A peek into the new Avanza's cockpit

As with the older outgoing model, the new Avanza gets a folding second row and third row.

On top of the fancier interior arrangement, the new Avanza also comes with more tech compared to the older version. On the top-spec Veloz, the old analog instrument cluster is now replaced with a digital seven-inch cluster.

Furthermore, the new Avanza gets a new nine-inch touchscreen headunit, which is of course much larger than the old Avanza’s 6.8-inch display audio unit. It is also more capable as it now has Apple CarPlay and Android Auto. In comparison, the old version was only able to connect to phones via Bluetooth, USB, and via the T-Link phone mirroring software. The new Avanza, specifically the Veloz trim also gets a new rear-seat entertainment screen which is absent on the old model.

Another amenity that was improved on the new Avanza is its climate control systems. The old version came with manual air-conditioning, whereas the new model has automatic air-conditioning. Both do get rear vents.

Safety-wise, the new Avaza is similar to the old one in that it gets what you’d expect from a modern MPV. It comes with anti-lock braking with electronic brakeforce distribution, seat belt reminders, stability control, etc. The new Avanza's touchscreen positioned further up the dash

Then again, the new Avanza Veloz now has six airbags, which is a whole lot more than the old Avanza Veloz’s two airbags. Moreover, it also comes with several driver-assist features which are absent on the old model. This includes lane departure assist, blind-spot monitoring, rear-cross traffic alert, a 360-degree view camera, among others.

Like the old Avanza, the new Avanza will still come with two engine options: a 1.3-liter or a 1.5-liter gasoline mill. There are no changes to these engines, as the smaller 1.3-liter engine can still make 98 hp and 121 Nm, while the larger 1.5-liter engine can produce up to 106 hp and 137 Nm. As for transmission choices though, the new Avanza has dropped the old four-speed automatic gearbox in favor of a continuously variable transmission. However, a five-speed manual tranny is still available.

Probably the biggest change on the new Avanza is that it no longer uses a rear-wheel-drive. Instead, the engine now sends power to the front wheels. Moreover, the Daihatsu New Global Architecture-B (DNGA-B) platform it uses is a full monocoque chassis instead of the semi-monocoque chassis the old version used. And yes, this means that the front half of the new Avanza is no longer ladder frame. For more comparisons between old and new car models, keep it here on Philkotse.

Toyota Motor Philippines (TMP) has two entries to the local MPV segment, and one of which is the Toyota Avanza 2021 - 2022. It is made available in five variants, with the J 1.3 MT as the base model and the Veloz 1.5 AT as the flagship variant. As for pricing, the Toyota MPV comes with a price tag that ranges from PHP 743,000 to PHP 1,077,000. Under the hood, there are two engine options. The first one is a 1.3-liter 1NR-VE inline-4 gasoline engine that makes 95 hp and 121 Nm of torque, while the other engine is a larger 1.5-liter 2NR-VE inline-4 gasoline mill that is capable of generating 103 hp and 136 Nm of torque. A 5-speed manual and 4-speed automatic are the transmission options. This model is 4,200 mm in length, 1,660 mm in width, and 1,695 mm in height. Competitors of the Avanza Philippines include the Mitsubishi Xpander, Honda BR-V, and Suzuki Ertiga.

The conventional front engine-rear drive layout was retained similar to the Tamaraw. However, it's a bit different from its AUV ancestors in terms of size, weight, and body. The Toyota Avanza is lighter, smaller, and car-like unibody construction. What we have today is the second-generation Avanza, which landed on our shore in early 2012. It received its initial refresh in 2015, wherein Toyota Philippines gave it a more upmarket appearance.

Receiving its second facelift in 2019, the Japanese carmaker decided to give the model a sharper and sportier look. The second refresh features new wheels, new taillights, distinct split headlights, reshaped fascia, and a new grille. Meanwhile, the interior of the Toyota Avanza also received a full makeover. It now features a more modern dashboard with added trim detailing and sharper lines. A touchscreen infotainment system was added on higher Avanza variants during the 2015 refresh. In the 2019 update, it got an updated infotainment system and new digital aircon controls.