The Mitsubishi Lancer Evolution is rumored to return

In the past few years, it is very evident that Mitsubishi has left their performance roots in favor of trying to capture a larger market share by producing more SUVs, crossovers, and other types of vehicles.

The very last series of the Evolution X came as the “Final Edition” or FE trim and was offered after Mitsubishi revealed to end the said performance model in 2015. Many lamented the discontinuation of the Lancer Evo back in 2015

According to Japanese sources, Mitsubishi themselves are still withholding statements on the said speculation but the new Lancer Evolution in question will come as a five-door hatchback and as a full-size sedan.

That being said, this rumor is indeed substantiated will mark a huge change, or rather a shift in Mitsubishi’s direction especially with regards to how they are operating in the United States where currently their model line-up are all consisted of crossovers as the company had stopped making the Lancer sedan a couple of years back.

On a more global scene, specifically if the rumored new EVO will in the future come to the Philippines, it will also rock the boat so to speak as currently, the Mitsubishi model line offered in the country lacks a high-performance sedan or coupe.

Toyota Philippines currently has the 86 and the Supra later this month, Nissan still has the GTR and of course, Honda has the Civic Type R. 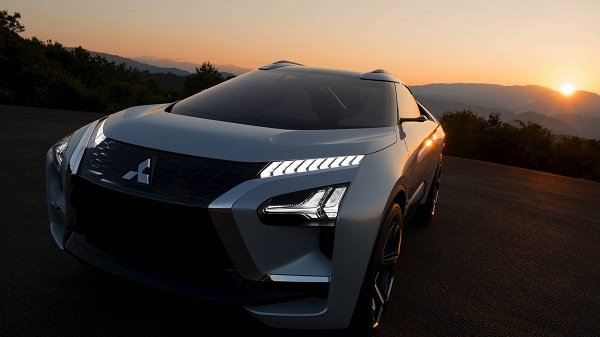 Will new Lancer Evo come as a five-door hatchback or a full-size sedan?

But how will Mitsubishi bring back the EVO?

It is evident that the current Mitsubishi alone has neither the tools nor the know-how to develop an all-new, modern Lancer EVO as such, it is speculated that the Japanese car manufacturer will be able to do so only with the help of other manufacturers from their sizable Renault-Nissan-Mitsubishi alliance.

That being said, the rumor source claims that a new hypothetical Lancer Evo will borrow a lot of tech from Renault’s next-generation performance platform; the Renault Megane RS.

Some quintessential EVO features will remain however like the excellent and very versatile EVO all-wheel drive and the dual-clutch transmission.

Currently, the Megane’s top of the line variant which is the RS pushes out 300 horsepower with a turbocharged engine.

It is however speculated that Mitsubishi will kick it up a notch with regards to the new EVO for it to compete against its age-old rival: The Subaru WRX STI. There are even rumors that say that the new EVO might even have a mild hybrid system to add that tasty instant torque. Renault Megane RS, the French made hot hatch that might help give rise to the new Lancer Evolution

It is also noteworthy to mention that the Renault Megane RS Trophy R version of the Megane has recently managed to beat the Honda Civic Type R’s Nurburgring lap record early this year. As such, the Megane will definitely be a worthwhile platform to base the next Lancer EVO on.

Like the current version of the Toyota Supra which has a lot of BMW DNA, there will be the inevitable criticisms that will come about for the rumored, new Mitsubishi Lancer EVO.

But as of now, only time will tell if the rumors for the revival of one of the world’s foremost, high-performance, rally oriented Mitsubishi sedan will indeed come true.

Visit Philkoste.com to catch up with the latest car news in the auto industry.