No, this isn't the first time Suzuki used the XL7 nameplate

It’s older than you think.

Launched in the Philippine market last March 2020, the Suzuki XL7 is the more macho version of the Ertiga. It features SUV-like styling cues on the outside and offers a similar ride comfort as the Ertiga. But did you know that this isn’t actually the first time Suzuki used the “XL7” model name?

The first iteration of the XL-7, which was produced from 1998-2006, is totally unrelated to the current XL7 and the Ertiga. In fact, the first generation Suzuki XL-7 (note the dash on the name) was essentially a longer version of the body-on-frame Suzuki Vitara or Escudo. The Vitara based XL7 was a tough SUV with 4x4, and a body-on-frame build

It had a longer wheelbase than the base Suzuki Vitara, and it was propelled by a V6 engine. It was a legit SUV with a body-on-frame build and comes with a four-wheel-drive configuration. Just like the smaller Vitara, the first-gen XL-7 had a reputation for being a no-nonsense off-road capable SUV that you could depend on.

The first-gen XL-7 sold 100,000 units a year in the U.S. alone. In Australia, it became one of the usual vehicles one would use for venturing into the outback.

Apart from ditching the dash on its name, the new second-gen Suzuki XL7 also ditched the body-on-frame build. Moreover, it wasn’t even related to the Vitara at all. In fact, this newer 2006-2009 XL7 was a crossover that shared many parts with the Chevrolet Equinox, the Opel Antra, and the Pontiac Torrent. Like the previous XL-7, this newer version was still made by General Motors (GM) together with Suzuki, although it was the last model to be made in the said partnership. 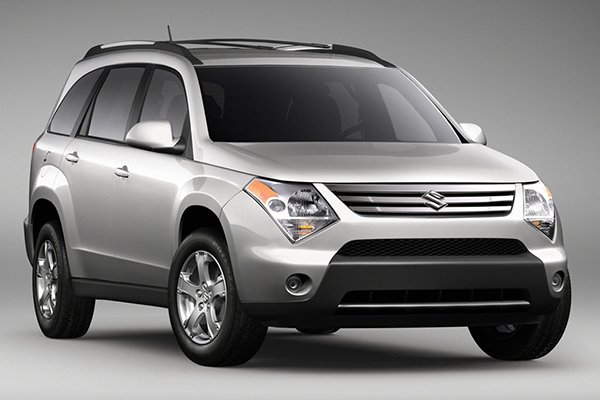 The 2nd-gen XL7 was a softer, more road oriented crossover

The second-gen XL7 comes with a V6 engine. It was more powerful than the Suzuki made H27A V6 on the first XL-7, but the new iteration also lost the four-wheel-drive and opted instead for an all-wheel drive. It also had more GM DNA within than Suzuki, which was a point of contention for Suzuki purists at that time. For a midsize crossover though, the XL7 was pretty decent, but it suffered in the market as there was little to no demand for it. The production for the second-gen XL7 was canceled in 2009.

The rebirth of the XL7 name

Reusing nameplates is nothing new in the automotive industry. And as you already know, the Ertiga based 2020 Suzuki XL7 is one of the latest models to revive an old, nearly forgotten model name. The current Suzuki XL7 is made by Maruti Suzuki, and is based on the Suzuki Ertiga MPV

Do you want to learn more about the car you drive and/or the other car models available here in the Philippine market? Stay tuned here on Philkotse.com for more.

The Suzuki XL7 is an MPV that features a design that looks like a crossover-inspired version of the Suzuki Ertiga. It is available locally in one variant only which is the GLX AT. Suzuki Philippines, Inc. (SPI) offers price Suzuki XL7 2023 at Php 1,138,000. Under the hood, this MPV is powered by a 1.5-liter K15B 4-cylinder gasoline engine that is capable of generating 103 hp and 138 Nm of torque. Only a 4-speed automatic transmission is the available gearbox for the PH-spec model.