The CAMPI and TMA announced a report revealing a sharp growth in SUV and pickup sales in 2017.
With the rapid increase in excise taxes on car, customers are flocking to dealerships across the country to buy cars at best prices as soon as possible. According to a recent report by the Chamber of Automotive Manufacturers of the Philippines (CAMPI) and the Truck Manufacturers Association (TMA), total vehicle sales for the first half of 2017 indicate a panic-buying trend.
As per the CAMPI and TMA, the total number of units sold is 196,164, reflecting an increase of nearly 30,000 compared to 167,481 units sold at the same time last year. Dominating the sales is commercial vehicles (CVs) with 128,984 units released. SUVs and pickups clarified as light commercial cars are the main units marketed. Meanwhile, passenger vehicles follow with 67,180 in sales.

>>> CAMPI and TMA also published a report showing a 23% increase in vehicle sales in Q1. Click here to get more information. 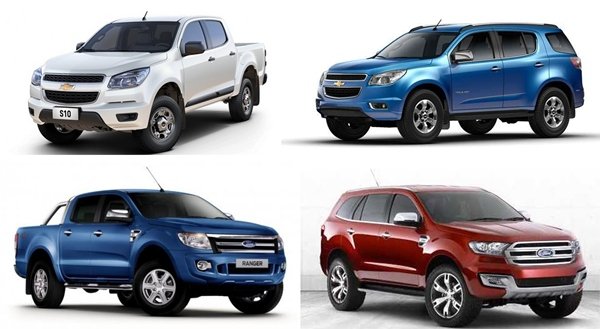 The brands that have the total sales under the Association of Vehicle Importers and Distributors (AVID) such as Hyundai, Chevrolet, and Subaru are not included. According to industry sources, total sales of AVID are expected to be around 450,000 by the end of 2017.