Earlier this week, a teaser photo of the Hyundai Santa Fe 2019 was released ahead it debuts in Geneva. Through the darkened teaser, we could only see a prominent curving line that runs from the headlights to the taillights. However, Hyundai has just dropped another teaser in form of design sketches of the Santa Fe 2019.

At first sight, it can be said that the next generation Santa Fe has received a revolutionary design. The front looks largely similar to that of the Hyundai Kona, particularly the two-tier headlight style. The grille, meanwhile, adopts a new mesh design giving it a more graven look and flanked by LED daytime running lights and headlights. Another hint seen from the sketches is that there seems to be a skid plate located under the bumper. 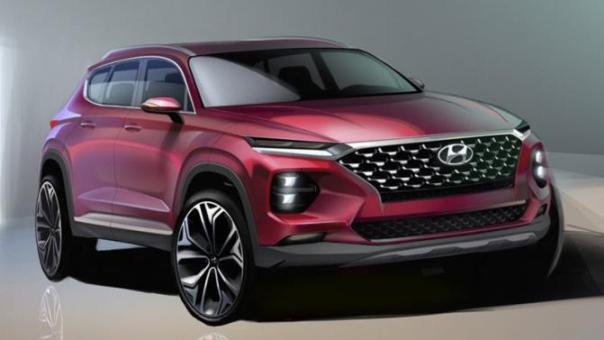 At first sight, the all-new SUV seems to go through significant redesigns

One more feature we can easily spot from the sketches is the presence of the flared fenders on the side profile and the same slim LED tail lamps wrapping to the side of the SUV found in previously-leaked teasers. Unfortunately, there are no sketches revealing the interior design of the 2019 Santa Fe.

It is also expected that a turbocharged gasoline engine or a turbocharged diesel engine should be equipped for the new model. At the moment, an advanced Rear Cross Traffic Alert (RCTA) system as well as the new Rear Occupant Alert System are confirmed to be offered. 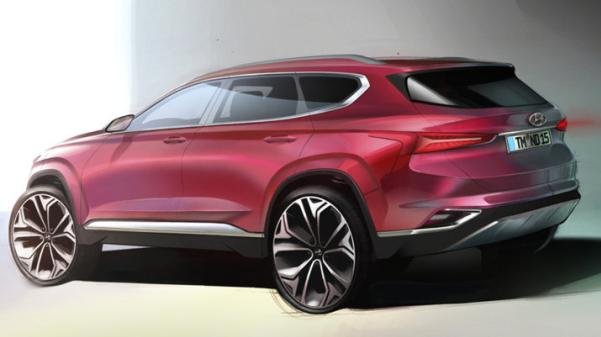 As per the Korean automaker’s plan, the brand new Santa Fe 2019 would be launched at the upcoming Geneva International Motor Show 2018. We are looking forward to beholding the new SUV with full details soon.

Meanwhile, let's check out the Hyundai Santa Fe 2018 price in the Philippines