The next-gen Santa Fe might be one of two Hyundai SUVs to be introduced next year.

It has recently been revealed on The Korean Car Blog that the next-generation Hyundai Santa Fe 2019 would very likely be launched in South Korea in February next year. Even though the exact release date was not mentioned, the news still makes sense as spy shots of the all new Santa Fe on the road test have been leaked all through the year.\

What is more, it was earlier confirmed by Dave Zuchowksi, Hyundai Motor America CEO in 2016 that there would be two Hyundai SUVs to be introduced in 2018. Latest updates on upcoming Hyundai cars can be found in our Complete guide to the Hyundai Philippines' local lineup.

According to latest car news, the interior of the next-gen Santa Fe will come loaded with new head-up display and refreshed infotainment system and the outside will gain a big grille and split headlights borrowed from its brother KONA. In addition, the two-row Santa Fe Sport might have a new name while the three-row counterpart would be built bigger and tougher in terms of size and appearance. By doing so, the Korean carmaker aims to further distinguish these two models as customers usually get confused because of their similar appearance. 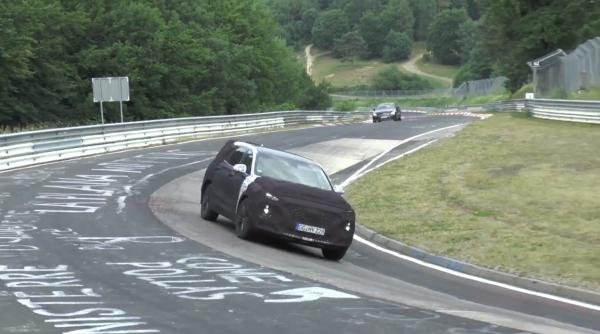 No word yet when the all new Hyundai Santa Fe 2019 will hit other markets. However, it is expected that the new Santa Fe will arrive in North America soon after its South Korean premier.