Only 70 units were sold locally though.

Released way back in 1993, the Nissan Silvia S14 is one of those cars that’s still in the minds of car enthusiasts to this day. Why? Well, it might just be one of the best platforms for spirited driving due to having a combination of a nearly perfect 50:50 weight distribution, a relatively light curb weight, and rear-wheel drive. Moreover, its long wheelbase makes it great for going sideways, aka drifting. Before D1, the Silvia S14 made a name for itself on the All Japan GT Championship (JGTC)

As such, the S14 to this day is arguably sought after by multitudes of car enthusiasts ranging from collectors to amateur and professional racers. And yes, it is still a common sight on some motorsports events like the D1 Grand Prix.

That said however, there are several branches of the Nissan S platform cars that were introduced. There’s the one sold in the United States domestic market, the luxurious European versions, and the original right-hand-drive Japanese-spec. The one the Philippines got was more akin to the Japanese version mechanically, but it instead came with a left-hand-drive configuration. The Japanese-spec S14 King's variant. The local version more or less looked like this in stock form

To this end, this might be one of the rare occasions when the Philippine domestic market (PHDM) received a better car than the US spec-wise. Now, why is that?

Released in 1998 for the Philippines, the Nissan Silvia S14, aka the 200SX was powered by the 2.0-liter turbocharged SR20DET. Yep, this is the same engine that powered the Bluebird 2000SSS Attesa Limited versions, the Pulsar and Sunny GTI-R, among others.

At most, this mill could make up to 217 horsepower and 278 Nm of torque in stock form. This means that it is somewhat similar to the SR20SET Japanese-spec models. In turn, the one the US received was less powerful as it was propelled by a 155 horsepower, naturally-aspirated 2.4-liter KA24DE engine. So, while the US-spec S14 has the same sporty, low-slung stance as the Philippine version, it was definitely slower. It didn’t even have a limited-slip differential which was a stock feature for the local version.

The US version however, did get some niceties that the local version didn’t have. These included features like a 3-disc dashboard autochanger, a six-disc autochanger for the trunk, and even a car telephone for the US Kouki facelift model. In the eyes of a hot-blooded, track-hungry car enthusiast though, these only served to increase the car’s weight.

As mentioned, the Philippine version of the S14 came with a left-hand-drive configuration from the factory. This made it all the more desirable since there was no longer a need to convert a Japanese import model. This was a boon to local enthusiasts since a left-hand-drive conversion could only go two ways: decent, or outright dangerous. The version released for the US market

That one caveat for the Philippine S14 however is that most units came with a 4-speed automatic transmission. That said however, this is easily remedied with a five-speed manual conversion since the required pieces are abundant in the surplus markets and from the aftermarket.

So you want a Silvia S14

If you’re wanting to get your hands on the PHDM Nissan Silvia S14 then be aware that getting one is harder than you think.

For starters, only 70 Nissan Silvia S14 units were sold in the Philippines. Moreover, some have actually appreciated in price. This means that most examples are worth much more than its sub Php 1 million price tag back in 1998. And yes, there’s also the point that getting one in stock form is virtually impossible nowadays. 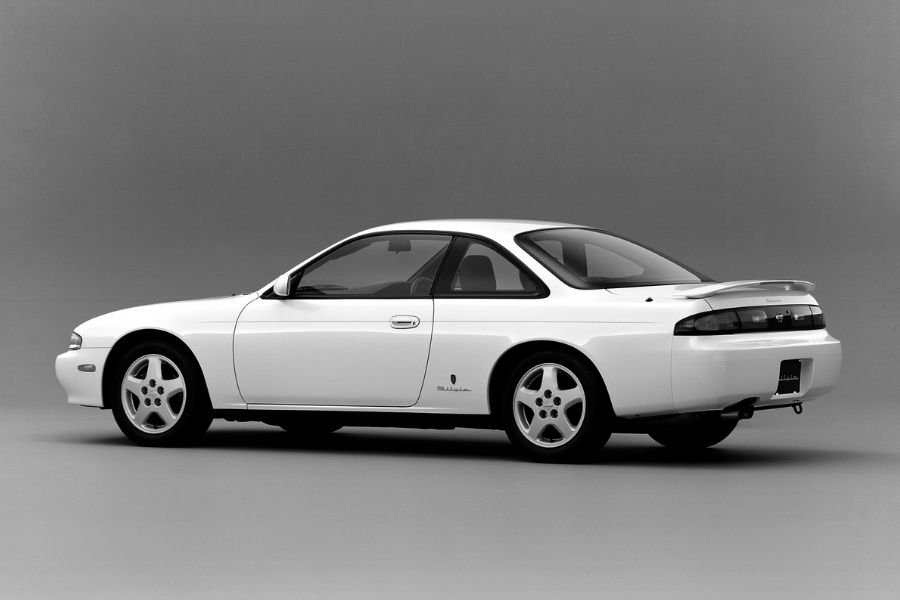 The Silvia S14 K's S-Type variant for the Japanese market. It comes with a different rear spoiler among others

If you do get lucky and manage to snag one, you should also be aware that maintaining this thing isn’t a walk in the park. Sure, the SR20DET is a fairly reliable engine, but remember also that at this point, it is already a 23-year-old model. That said, you might encounter problems with its air-conditioning system, and engine cooling system. For good measure, one should also periodically check for oil leaks as those pesky seals can indeed deteriorate over time.