After the launch of facelifted version 4 months ago, we will have chance to admire new Toyota Vios soon.
Spy photos of the next-gent Toyota Vios came from Headlight Magazine. Despite the careful camouflage, some new noticeable details are still revealed including the tweaked C-pillar window kink, a new shark-fin antenna sit atop the roof and a rectangular fuel filler flap. 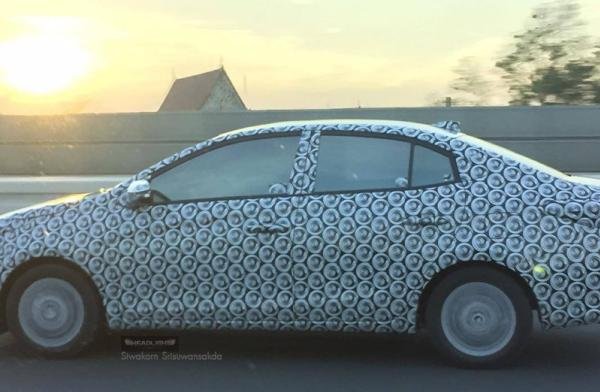 Despite the careful camouflage, some new noticeable details are still revealed
The size of the car appears to be identical to the current Vios with 4,420 mm in length, 1,700 mm in width, 1,475 mm in height and a wheelbase of 2,550 mm.

At the rear, the taillights appear to be slimmer than the current model's units. Other parts of the rear are quite similar to the Yaris hatchback with a refined rear bumper. 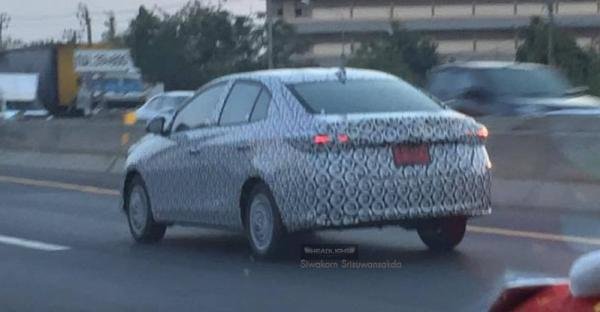 At the rear, the taillights appear to be slimmer than the current model's units
Images of the front have not been unveiled yet. However, the new Vios is expected to adapt the “Keen Look” design language set by the Corolla Altis sedan.

Many speculations suggest that the next-gen Toyota Vios will arrive at Indian dealership next year after its premiere at 2018 Auto Expo exhibition. Apart from 1.5-liter engine, India-spec version can be offered with a 1.4-liter four cylinder diesel unit. In this market, the new Toyota Vios will be in the running with the Honda City, Maruti Ciaz, Volkswagen Vento and Skoda Rapid.