The upcoming truck is hiding in plain sight.

Previously, we reported about the first time Ford Philippines teased the next-generation Ranger which will come out as the 2022 model. For now, the Blue Oval company is mum about the new pickup truck’s specifications including the design changes, with no significant hints rolled out so far.

A month later, Ford Philippines wants to further heighten the excitement over the next-gen model with a new teaser video. This time, the new Ford Ranger is wrapped in unique Bronco R-inspired block-style camouflage conceived by Ford automotive designer Lee Imrie and his team. The science of optics was used to mask the truck’s new changes until its official release later this year.

According to the American automaker, the new Ranger is being put through a global testing program to ensure that it will deliver its rugged truck performance and capabilities. This means that the next-gen model will be seen driving around in its customized camouflage with the official hashtag #NextGenRanger and QR code decals. There are still plenty of visible features that can be changed once the upcoming truck officially debuts, considering that the Ford Ranger in the teaser video is only the prototype model. As such, it wouldn’t be a surprise if the next-gen version will come out with an even more aggressive and rugged-looking appearance than those in the teaser videos.

Ford has yet to disclose the exact date when the next-gen Ford Ranger will be released. But as said earlier, it shouldn’t take long as the new model will reportedly be launched before the year ends. Interested individuals can visit Ford Philippines’ new ‘Future Vehicle’ section where it showcases its upcoming models for the local lineup. 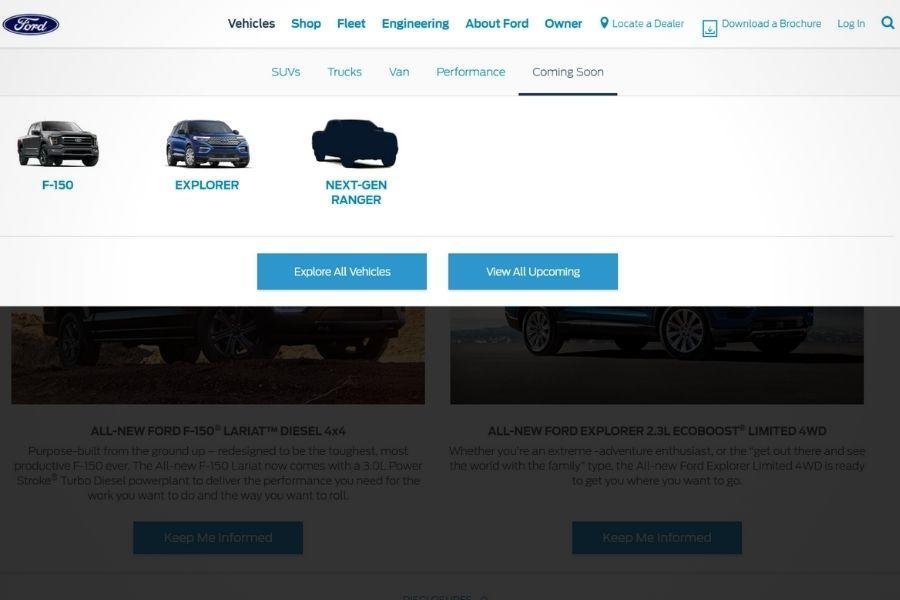 Head out to Ford Philippines' website for the latest updates

As of this writing, the Future Vehicle section shows that the all-new Ford F-150 will also be conquering Philippine roads soon. The full-size pickup will now come with a diesel powertrain as compared to the outgoing model that only offers gasoline. Also, the all-new Ford Explorer will soon be joining the fray, bringing a 2.3-liter turbo mill and a 4x4 drivetrain option.

Don’t miss out on the latest auto news with us at Philkotse.com.