The new Mazda 3 will be up to 30% more efficient and powerful.

Motoring reports that Mazda plans to introduce its new powerplant with "homogenous charge compression ignition" (HCCI) next month in Germany. Meticulous details about this new technology are speculated to be revealed in Frankfurt later this month.

Speaking of HCCI technology, it is a “sparkless ignition” system which compresses the mixture of air and fuel until it combusts. This will eliminate the need for conventional sparkplugs and offer a higher efficiency. Specifically, the Japanese brand claims that the SkyActiv II engine would be 30% more efficient than the existing petrol-fueled ones. If it’s true, the new Mazda 3 will have a decent fuel efficiency of 30km/L.

Mazda also reveals that the SkyActiv II will appear in the next-gen Mazda 3 for the first time and is expected to proliferate throughout the rest of Mazda’s lineup. If everything goes as planned, Mazda would be the first carmaker to apply HCCI on a petrol-fueled production model. 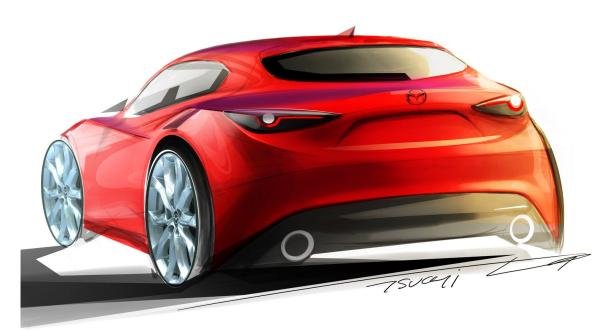 The all-new Mazda 3 with SkyActiv II engine is set to debut next month at 2017 Frankfurt Auto Show but some sources suggest that we will only see a concept at Tokyo Motor Show in October.

>>> Alongside the Mazda 3, Mazda might also hold global reveal of the RX-9 at Tokyo Motor Show. Read full our article for more details.