The said number coding scheme allows coded vehicles to travel if there are two individuals on board. Medical front-liners are also exempted from the modified number scheme. In addition, MMDA says all authorized persons outside residence are excluded from the said scheme. 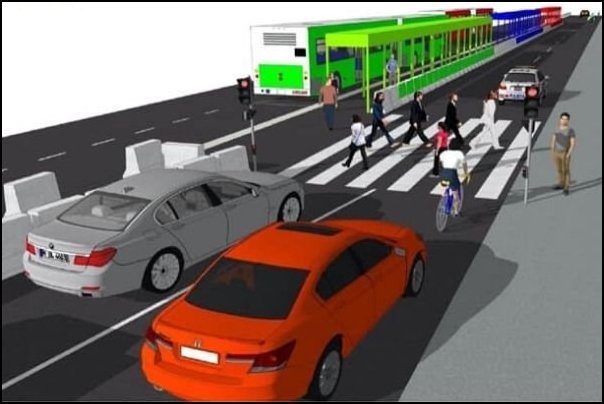 This is the new normal along EDSA.

On the other hand, the road layout of Epifanio de los Santos Avenue (EDSA) is also modified. EDSA’s innermost lanes are for busses while the middle lane is for private vehicles. The outermost lane is dedicated to cyclists. The two phases of available public transport under GCQ

Of note, provincial busses will not be allowed to enter Metro Manila.

Last week, commuters were left stranded due to the limited availability of public transport as Metro Manila was placed in GCQ.

Despite all the preparations and announcements made by the DOTr, reports stated that commuters had a difficult time reaching their respective destinations due to the limited operations of public transportation.

With this, DOTr Secretary Arthur Tugade apologized to the commuting public in regards to what happened. Tugade also said that he and the DOTr did not promise to meet all the requirements needed during the first day of GCQ.