This could be our first look at the refreshed Terra.

The midsize SUV segment is one of the tightly contested markets in the Philippines. Aside from having a seven-seat capacity, midsize SUVs are ideal vehicles in a country that has dilapidated roads. As such, local car brands have their own respective challengers in the said segment. This could be the new look of the Nissan Terra

Now, it seems that we could be having the first look at the facelifted 2021 Nissan Terra courtesy of Kendara, an Indonesian automotive publication. In its Instagram post, Kendara released images of the could-be facelifted Terra. The said publication also showed renders of the Terra’s new dashboard layout, restyled fascia, and redesigned wheels. The 2021 Nissan Terra (above) comes with Navara-like headlights

Looking at the images, you can instantly notice that the 2021 Terra has a new headlight design that resembles the one fitted in the facelifted Navara. The grille also gets a revamped look, which now has a bolder, more composed finish as compared to the current Nissan Terra offered in the Philippine market. Moreover, the bumper comes with a new design, and it looks more muscular and angular.

Turning at the side, the Terra could be having the same design except for its wheels that now have a sharper look. The images also hint that the 2021 Terra will be having a slightly redesigned rear bumper featuring a new set of reflector lights. The 2021 Nissan Terra could have a new dashboard layout

The dashboard layout, on the other hand, could also be getting a new layout based on the leaked rendering. The 2021 Nissan Terra could be fitted with a new center console as well as a refreshed climate control layout. In addition, Nissan’s midsize SUV could have a more straightforward looking design for the aircon vents. 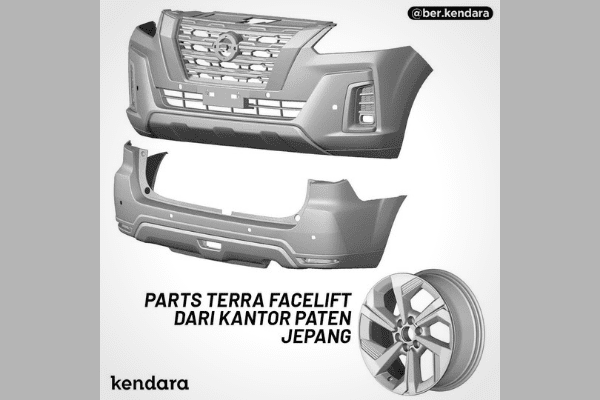 In comparison, you could say that the Terra’s new front end is bolder than the facelifted Ford Everest. As a review, the new Everest was introduced in Thailand this month but it only had subtle design updates.

We would want to reiterate again that the images you see here are not yet official. Yes, it could give us an idea of how the 2021 Terra might look like but Nissan has yet to release the official teaser images for its midsize SUV.

But, there’s a high probability that Nissan will reveal the updated Terra next year. The reason for this is that the Terra’s segment rivals already features a new design. As such, it’s a no brainer that Nissan is preparing its own counterpunch.