Finally! Cant’ wait for the “legendary off-roader” to return.

According to Automotive News, the next-generation Land Rover Defender will recur in a new concept next year and perhaps, a production model might be officially launched in 2019.

The Land Rover Defender is always the most anticipated cars in the British carmaker’s history. Born under the name of “Series 1” in 1948, the Defender has become a global off-road symbol and remained its original design and function for nearly 70 years. Born under the name of “Series 1” in 1948, the Defender has become a global off-road symbol

It sounds that we would no longer see any Defender's successor since the end of production last year. Fortunately, Jaguar Land Rover (JLR) finally gives it a chance to shine again. The company didn’t say much about the new Defender, but we’ve collected some words.

As claimed by Gerry McGovern, Land Rover Design Chief, JLR will offer global customers a family of vehicles in some body styles. Certainly, those cars will keep iconic features of a Defender but they won’t feature retro design. Besides, buyers can opt for either a 2-door soft top or 4-door hard top wagon. Under the bonnet, JLR plans to make use of the latest Ingenium family of diesel and gasoline engines. 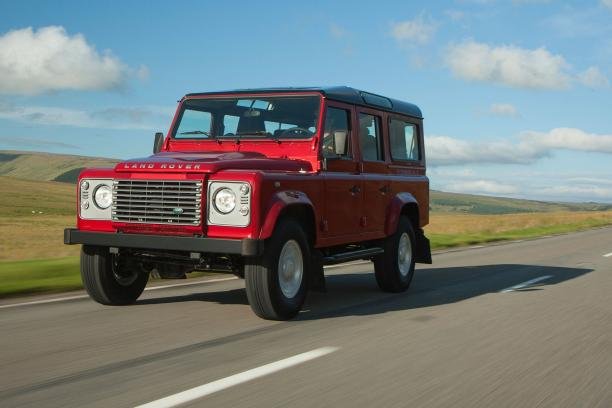 In order to meet global safety and emission standards, the next-gen Defender will not sit on the previous platform. Instead, new unibody platform will be used to make the off-roader faster, more comfortable and practical as well.

Rumor has it that the new Land Rover Defender would be produced in JLR's new Nitra plant in Slovakia.

>>> Do you know Jaguar Land Rover has recently opened its first car plant outside the UK? Click here to find out more.