Jaguar Land Rover opened its first overseas engine plant, picking China for the investment.
Jaguar Land Rover (JLR) announced that it opened its first overseas engine plant in China, its first outside of the marque as the premium automaker ramps up its international expansion. JLR has teamed up with Chery Automotive, through which it runs an auto plant that has made the E-Pace since opening 3 years ago.

JLR said that the new plant was part of a 10.9 billion Yuan investment with Chery. The site will build the company's all-new Ingenium 2.0-liter 4-cylinder gasoline motors, which are designed to be used on almost all of JLR’s models and Chery’s future model line-up. It is clear that China is the world’s biggest auto market, and is hugely profitable for international automakers because of the prices they can charge for their products amid the rising affluence of the car-buying population. In fact, China accounted for 20% of JLR’s global sales last year.

>>> Jaguar Australia has announced the F-Pace, XE and XF ranges would be available with a new high-output ‘Ingenium’ 2.0-litre petrol engine of Jaguar Land Rover. Click to find out. 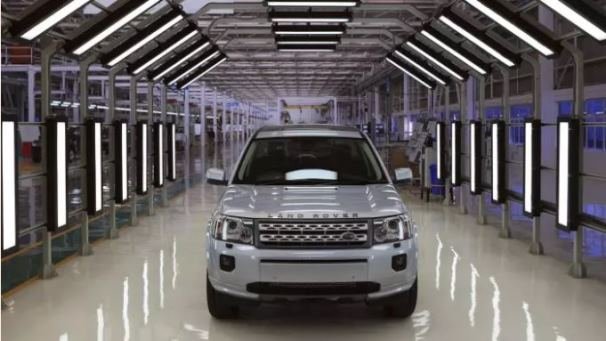 The site will manufacture JLR's new Ingenium 2.0-liter four-cylinder gasoline engines
Earlier this year, JLR also announced that it will build the E-Pace SUV in Austria and China, the first JLR vehicle made for global sale to be built outside of Britain.

Like much of the British car industry, the company also feels anxious about Brexit that could leave its car exports confronting with customs delays and tariffs, posing a threat to the viability of production in the UK.
Top 10 British-made cars sold worldwide
See also:
Range Rover Evoque - Production in China