Lamborghini Huracan Performante: A crazier version of the Huracan

Here's why we think that the Lamborghini Huracan Performante is still one of the craziest Lamborghini's ever made. Keep reading for more!

Lamborghini Huracan Performante: A crazier version of the Huracan

Huracan, which means hurricane in Spanish is a very fitting name for this Italian supercar. It’s the successor to the legendary Gallardo which shares the very same legendary Lamborghini V10 engine with.

It’s also very appropriate that Lamborghini, after the initial release of the LP610-4 Huracan, has created and is currently selling one of the craziest versions of the Huracan ever made; the Lamborghini Huracan Performante.

So, what’s crazy about the Huracan Performante?

Despite using the word crazy. The Huracan Performante is a modern take on the very essence of Lamborghini design. So essentially, it’s very conservative looking for a Lambo. 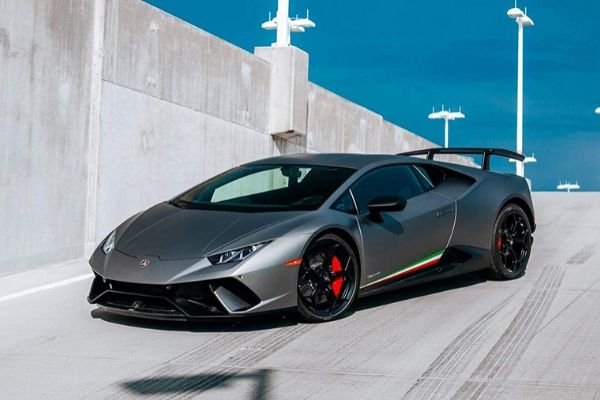 It features a wedge-shaped profile that sits low to the ground and it features a hefty fixed rear wing mounted on its rear. While that piece might create the drag, it comes with two external ducts mounted on the engine cover which lessens it a bit and provides the car better acceleration.

When closed, vertical downforce is maximized to about seven times more than a normal not so crazy Lamborghini Huracan. In its entirety, this active system is called Aerodinamica Lamborghini Attiva or ALA which is the brand’s catch-all term for their active aerodynamics.

If that isn’t crazy enough, what’s insane is the ALA’s ability to split the air either to the right or left of the wing. This, of course, means that the Huracan Performante can do aero vectoring. This provides better stability and grip when cornering. There’s also an ALA upfront located on the Huracan Performante’s lip spoiler which opens and closes also for better cornering. 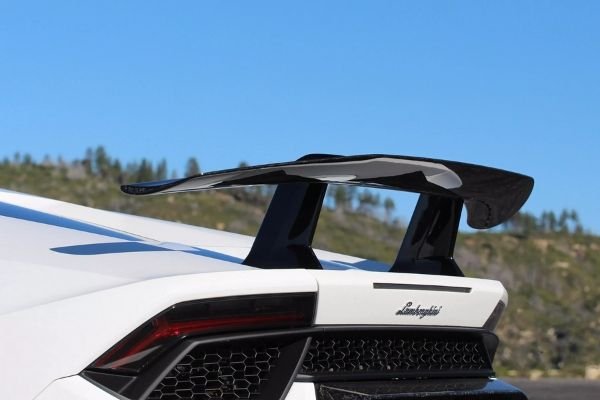 That fixed rear wing's got some ALA up top

And finally, what’s certifiably insane about Lamborghini’s ALA is that it works automatically. They’re controlled by the car’s computer and will actuate them in milliseconds in response for forces being acted upon the car.

>>> Check out: The resurrected Lamborghini Huracan with an LS V8: Rocking boats at SEMA 2019.

Lamborghini Huracan Performante: The source of its beastly power

Under its hood is the same 5.2-liter V10 that all Lamborghini fans all know and love. On the Lamborghini Huracan Performante however, it’s been tuned to make more horsepower at 630 and 442 Nm of torque.

While the seven-speed dual-clutch is lighting quick on its own, the shift-paddles that come with it is ungodly good. So, if you’re smashing through a race track with the Corsa (track mode) or just cruising using the Strada, its always best to use the flappy paddles. Essentially, the V10 on the Huracan Performante is still the same engine but it is a proven powerhouse

It’s a cockpit. Period. From the fighter jet style buttons which control several features of the car and most especially the big red one which is the push to start button, it's all inspired by fighter jets. 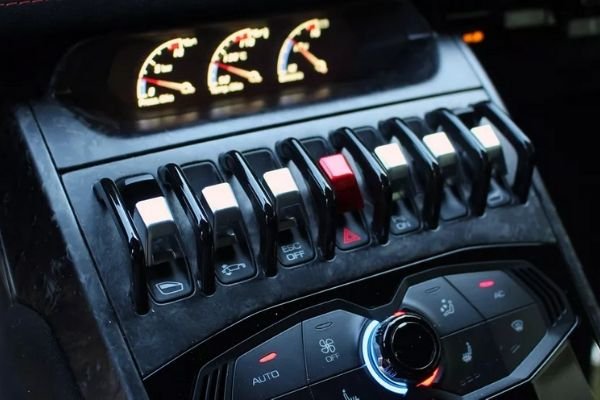 Also, as one famous car reviewer on youtube had put it, the interior of this Huracan has a lot of hexagons that can be found in all parts of the car, from the buttons to the side mirrors. Made by a hexagon crazed maniac. A genius maniac!

So, did this article quench your thirst for the Lamborghini Huracan Performante? We hope it did.

For more articles like this one keep reading here on Philkotse.com.

Locally, the Lamborghini Huracan competes against the Porsche 911 Turbo, the Ferrari 488, Audi R8, among others.