Your first look at the Honda-GM electric SUV.

The design of the Honda Prologue electric SUV that is being co-developed by Honda and General Motors (GM) has been teased in a sketch photo. It was designed at the Honda Design Studio in Los Angeles in collaboration with a Honda design team in Japan. 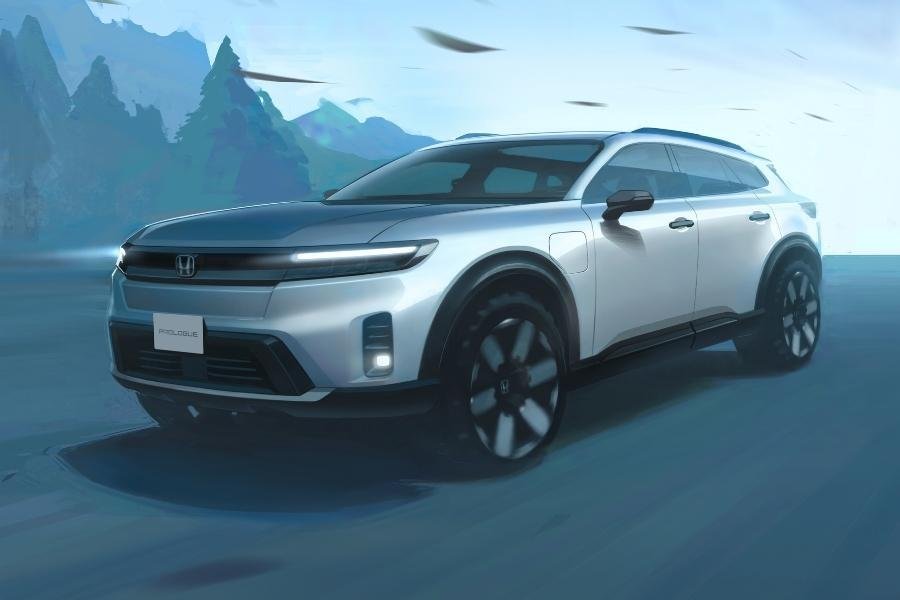 Looking at the sketch photo, the Honda Prologue comes with a neat-looking body with touches of a rugged off-road SUV. The Japanese marque said its electric SUV comes with a long wheelbase, shorter overhang, and a strong stance, along with a capable tire and a robust-looking 5-spoke wheel design.

The side profile comes with blacked-out wheel fenders, suggesting that the electric SUV could be equipped with off-road features. Electric vehicles (EVs) are capable of generating higher torque from a standstill or crawl which off-road enthusiasts can enjoy. Meanwhile, the look of the rear end wasn’t included in the teaser photo.

No design details have been revealed for the interior as well. But one can expect that the cabin will feature a clean layout just like the exterior as part of the brand’s relatively new design language called the ‘Simplicity and Something.’ The ‘something’ will provide a flair that will set it apart from the rest of the range. The said elements were designed primarily through reality technology, making the Prologue the first Honda model to come out of the new tech. By 2024, the Honda-GM electric SUV is expected to begin sales, with the Japanese automaker planning to introduce 30 EV models by 2030.

“We announced a plan two years ago, positioned as a smart strategy, to co-develop an electric vehicle with GM. What will result is not just a more efficient process, but a great looking new vehicle, the Honda Prologue,” said American Honda Motors Co., Inc. Vice President of Auto Sales Mamadou Diallo.

Meanwhile, Exterior Design Leader Jiro Ikeda said, “as the project leader for the exterior design of the Honda Prologue, it was very exciting to work with a young team of designers with new capabilities to create an SUV with clean, simple lines and a strong influence from our global EV models, including the Honda e.”

Stay up-to-date with the latest in the industry at Philkotse.com.

Starting at Php 601,000, the most affordable Honda model in the Philippines is the Honda Brio, while the Honda Civic Type R is the most expensive model at Php 3,210,000. The current lineup consists of five body types including crossover/SUV, sedan, hatchback, MPV, and minivan. Crossover/SUV includes Honda CR-V, Honda HR-V, and Honda BR-V. As for the sedan models, HCPI offers the Honda City, Honda Civic, and Honda Accord. Moving to hatchbacks, Honda Brio, Honda City Hatchback, and Honda Civic Type R are the models. Lastly, the Honda Mobilio is the sole MPV entry.

For more information about the Honda Cars Philippines price list 2022, we listed down the details below.