Updated Oct 16, 2020 | Same topic: Automotive Industry Updates
It looks like we won’t be getting the 1.0-liter turbo engine.

Honda Cars Philippines Inc. (HCPI) is celebrating its 30th anniversary in the market this month. To celebrate this milestone, HCPI said that it will launch two new models this October. One of which is the 2021 City. Also, HCPI is now accepting reservations for its all-new subcompact sedan. The all-new Honda City will be available with the following colors: 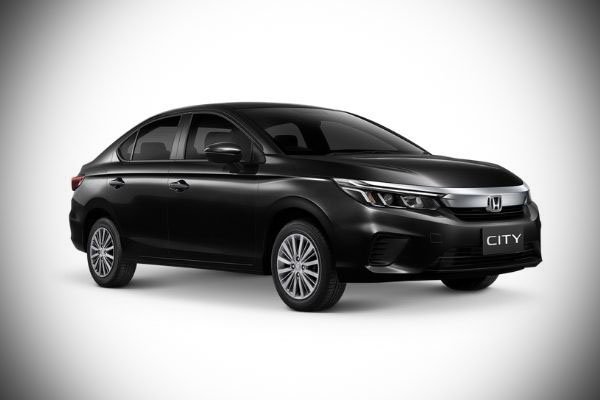 The front end of the 2021 Honda City looks better

>>> Related: 2021 Honda Accord gets a facelift along with updated tech

The PH-spec 2021 City will be powered by a 1.5-liter gasoline engine, the usual power unit that the local market is already accustomed to. With that in mind, we could expect the City to put out 119 hp and 145 Nm of torque. Almost all of the variants come with a continuously variable transmission except for the entry-level City.

Other things that we could expect to come with the 2021 City is an eight-inch touchscreen that comes with Apple CarPlay and Android Auto. The said feature is available in other ASEAN markets such as Thailand.

HCPI also said that all current Honda owners who will refer an all-new City buyer will receive Php 5,000 worth of e-gift certificates. Of course, that is if it’s a successful referral. This referral program will run until December 31, 2020.

As a side note, the outgoing City was launched by HCPI last 2017. Since then, the company sold more than 21,000 units. Now, the all-new City is seen as one of the two new models that will help HCPI meet its sales target for 2020. In addition, the upcoming launch of the 2021 City will make the local subcompact sedan segment more competitive as it is expected to go head-to-head with the facelifted Toyota Vios. Aside from the all-new City, we’re also expecting to see the launch of the new Honda CR-V on October 22. While HCPI has yet to officially confirm this, we think that the CR-V is the other model to be launched next week. The reason for this is that now is the ideal time to launch the facelifted CR-V since Toyota will be debuting the new Fortuner tomorrow.

To know more about the unveiling of the all-new Honda City, and its exciting special announcement and offerings, tune in to HCPI’s official Facebook and YouTube page on October 22, 2020, 6:00 p.m.

Visit Philkotse.com to get the latest news in the motoring industry.