The BMW 7-Series Edition 40 Jahre has been revealed ahead of the 2017 Frankfurt Auto Show.
It has been 40 years since the first launch of the BMW 7-Series in 1977. Like the 5 Series and 3 Series which have both received anniversary editions, the 7-Series also gets its own special variant named “7 Series Edition 40 Jahre”. Particularly, this edition will be built in a limited run of only 200 units. 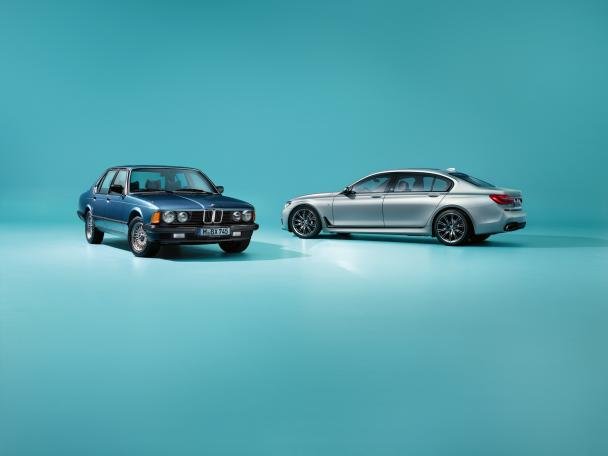 The BMW 7-Series Edition 40 Jahre will be built in a limited run of only 200 units
The BMW 7 Series Edition 40 Jahre, generally, features an exclusive exterior and interior design. Exterior-wise, customers can consider between a Petrol Mica metallic hue and a fancy Frozen Silver metallic paint that are taken from the BMW Individual catalog. Also, the outside also comes with the latest M Aerodynamics Package, the BMW high-gloss Shadow Line complete with a set of 20-inch light alloy wheels in a V spoke design. The final touch of the exterior is discreet and elegant badging on the B-pillars. 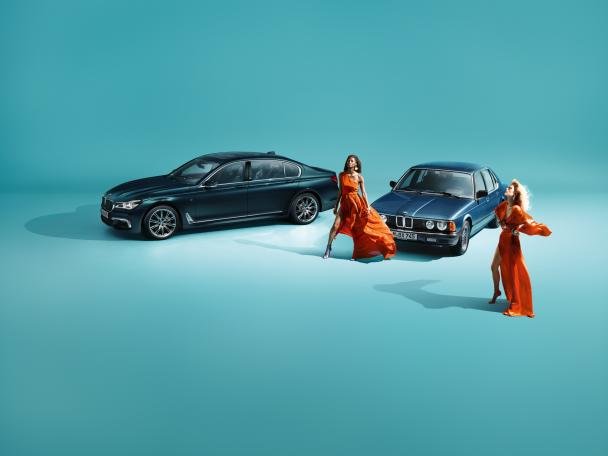 The BMW 7 Series Edition 40 Jahre, generally, features an exclusive exterior and interior design
>>> View more: 454-hp BMW M3 CS to be the most powerful M3 ever

Inside, the BMW Individual full leather trim Merino fine can be seen clearly in either Smoke White/Black or Smoke White/Cohiba combinations. Further, the BMW’s comfort seats at the front and rear are now highlighted by the BMW Individual Alcantara Smoke White roof liner harmoniously combined with a hand woven piping in Smoke White. As for dash accents, a black piano lacquer finish and Eucalyptus wood with a Smoke Brown high gloss one are available. The BMW Individual full leather trim Merino fine can be seen clearly in either Smoke White/Cohiba or Smoke White/Black combinations
To whet our appetites, BMW also offers a choice of wheelbase: a short wheelbase G11 and a long version G12. Regarding the powerplant, the luxury sedan will be powered by 4, 6, 8 and 12 cylinders, ranging from the 740e iPerformance plug-in hybrid with 4-cylinder and electric assistance to the M760Li with a V12 biturbo engine.

The German has planned to present its special car for the first time at the 2017 Frankfurt Auto Show this September.