Following the M5, the M8 is allegedly in the pipeline.

Earlier this year, we paused to marvel at the BMW M8 concept at the Concorso d’Eleganza Villa d'Este. Now, let your imagination conjure up the appearance of the production M8 in two rendered photos below. 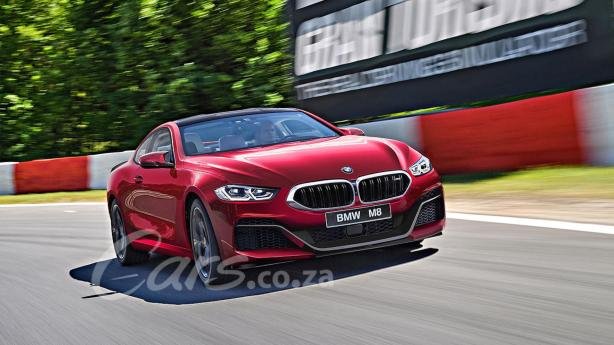 Like any current BMW, the M8 is also highlighted by a split kidney grille with an aggressive diffuser and three "air breather" vents. The sleek headlights in the concept have gone away, which are now replaced by more practical units.

Along the side is a large vent and a set of matte black wheels, which are outstanding is the Melbourne Red Metallic bodywork.

At the rear, we obviously see somewhere several traits from the siblings BMW M2 and BMW M6 on the market, especially in the tail lights. Finally, quad exhausts and lip spoiler complete the rear view. Based on the sneak peeks, there is a strong possibility that the renderings could be what the production version of the M8 look like. As expected, the coupe will go into production next year, so it’s likely it will officially come in 2019. As the saying goes, the M8 would be very powerful with a massive output of 600 hp.

>>> Read related post: A new BMW X3 coming despite of being at the end of its production life