Aston Martin has introduced two new variants called “Speedster” and “Shooting Brake” to join the exclusive Vanquish Zagato lineup. Of course, these supercars are just available in limited numbers: only 28 units of Speedster and 99 Shooting Brakes. Along with 99 Coupes and 99 Volantes, the total Vanquish Zagato models increased to 325 vehicles. 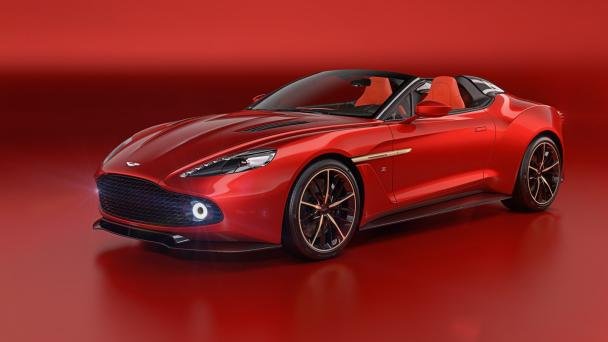 To begin with, let’s take notice of a marked difference between the new Speedster and the already-revealed Volante: nacelle design behind the seats. Accordingly, the new model expresses Zagato’s distinctive double-bubble roof design in addition to giving the lineup a more classic look of past race cars. Notably, it’s totally roofless.

Speaking of the Shooting Brake, it will definitely be a 2-seater like its siblings. Regretfully, the British brand solely published one picture of the car, so we only see a larger luggage area and a powered tailgate.

Based on the Vanquish S, all Zagato trims use the 5.9L V12 engine knocking out 580 PS and 630 Nm of torque, paired with an 8-speed automatic transmission.

Since there are only 28 units delivered, all Speedsters have been sold out. However, you still have chance to possess one of “the-rarest-of-the-rare” Shooting Brake.

As planned, the Aston Martin Vanquish Zagato Speedster and Shooting Brake will be bombarded at the forthcoming 2017 Pebble Beach Concours d'Elegance on August, 20.