Putting in all the superlatives in a sentence might be an exaggeration, but the Aston Martin DBS Superleggera 2019 is an exception.  It is a complete knock out beauty from the outside in.

Previously iterated as the ‘Vanquish,' this grand coupe is a moving legacy of Aston Martin who has made a name as the leading GT manufacturer. This model has really leaped to greater heights when it comes to the art of grand touring. It is also dubbed as the prettiest Aston Martin since the Vantage took the roads in the mid-2000s.

It is the 3rd new sports car from the Aston Martin's Second Century Series and as they say, the third time might be the charm. Let's get a deeper exploration of what Aston Martin DBS Superleggera brought to you by Philkotse.com.

People would really stop and stare and crane their necks for a better look thanks to its flake of smoked tail lights, carbon fiber double-decker diffuser, and four exhaust pipes creating a stunning beauty on the road.  The badges on the hood also add to that character and charm. Although nothing special but just a licensing understanding between Aston Martin and Carrozzeria Touring Superleggera, an Italian design house responsible for most of Aston's DB models, the badges somehow complete the car's look. It complements the beauty and the character radiating off the vehicle.​​​​​​ 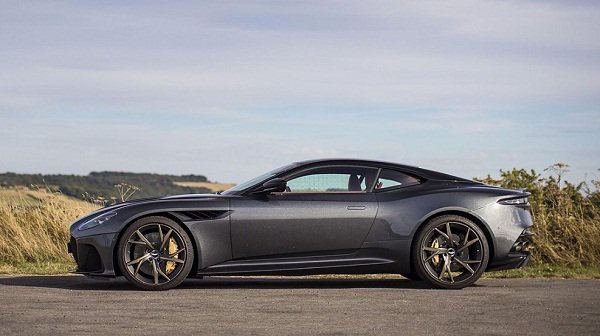 The badges on the hood add to the model's character and charm.

Despite being pushed to near its limits, one thing that is for sure is the fact that the DBS Superleggera stays established. The car will remain predictable thanks to its 21 inch forged wheels mantled in P Zeros, complete with a front axle that is affixed to the road, and a rear that won't go berserk when there is a dense cloud of smoke. There is also a torque control and a transmitter system that works double time all the time.

On the chassis, the DBS Superleggera has that assertive front end set up of the petite Vantage combined with the DB11's separated rear sub-frame. Rubber bushings were strategically placed in between the material body and the frame which lets for just sufficient motility to put the DBS changing between the Vantage and the DB11 AMR making the whole experience upped on a higher level. 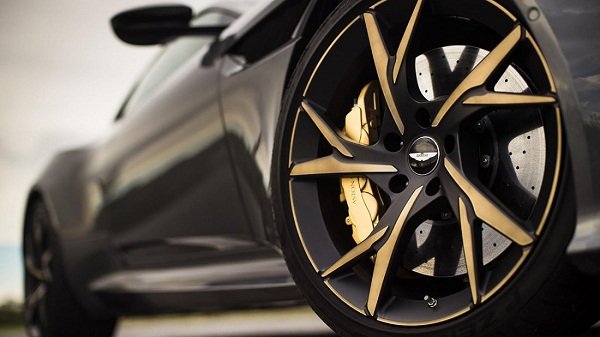 Aston Martin has 21-inch forged wheels mantled in P Zeros, complete with a front axle that is affixed to the road, and a rear that won't go berserk when there is a dense cloud of smoke.

Consider it as a DB11 V12 but went through a finishing school that includes a significant makeover and hundreds of hours spent at the gym. The interior is no exception to the overall gorgeous look. Aston Martin gets their leather from Bridge of Weir which has time and time again produces much more select hides of almost perfect if not perfect quality complete with intricate stitching.

For the DBS Superleggera, the hexagonal pattern is wow and cool. The ventilated seats are definitely comfortable and won't make the passengers feeling cramped after over hundreds of kilometers. 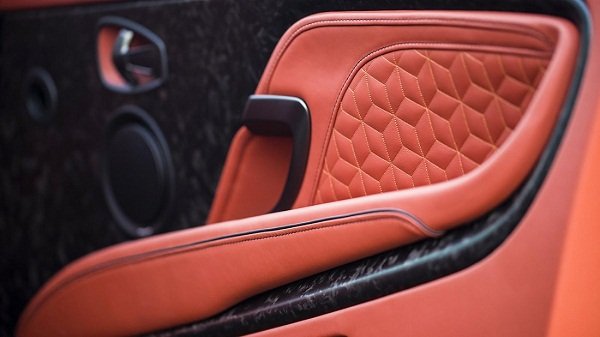 Aston Martin gets their leather from Bridge of Weir which has time and time again produces much more select hides of almost perfect if not perfect quality complete with intricate stitching.

3. Entertainment? Not a problem!

The Daimler's infotainment system and electronics of this model were enhanced and far more responsive than the previous Aston Martin's car. Coupled with its Bang and Olufsen audio system and you would surely be going for more drives than ever before.

4. All about the engine

Being the new flagship of Aston, the DBS still inherited almost the same underpinning as that of the DB11 AMR. This gorgeous new arrival though is lighter due to its body parts made of carbon fiber. Although lighter, it has packed on more power thanks to the engines that are enabled by the uprated high torque edition of the ZF eight-speed gearbox.

Aston definitely placed a lot of thought when it comes to the DBS Superleggera, and they've made good with their promise of putting in detail changes while preserving ride comfort. This car with a lot of character boasts a 5.2-liter twin turbo V12 engine packed with more power and torque compared to any Aston cars. Just how powerful?

It produces an incredibly impressive 715 horsepower and 664 lb-ft torque. That is power at its finest, and Aston Martin knows and is firmly confident that torque will win over strength any day. This car with a lot of character boasts a 5.2-liter twin turbo V12 engine packed with more power and torque compared to any Aston cars.

The power is transmitted to the rear wheels via an eight-speed automatic transmission, one that manual lovers would surely be disappointed about. The attainable top speed is as 211 mph with test drives clocking in 3.4 seconds for 0.60 mph and 6.4 seconds for 0 to 100 mph. Torque is steady and dependable despite the engine speed, and the sustained power and truth are, speed can be pretty addicting. 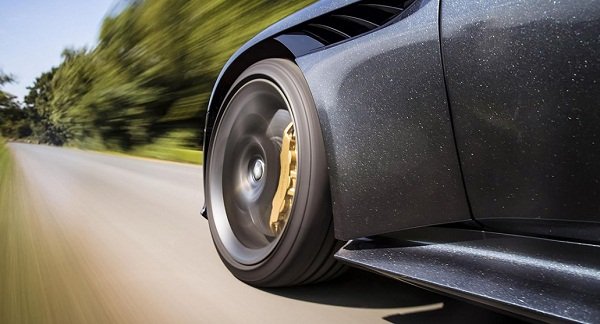 Considered as a missile in a straight line, this Aston Martin car that entailed 200 hours just for a single car is indeed a super right car. It is not a one trick pony as well but almost a jack of trades as despite it being turbocharged, the V12 masks itself as a supercharged motor at high loads because of its oil pump producing a very identifiable whining sound which is somewhat entertaining.

As for the overall driving experience of this $300,000 well-rounded flagship car? It can be described as nothing short but super phenomenal. With such a posh cocoon – almost fit for royalty, to say the least, this car can really rule over the roads when you step on it. With its intimidating and almost angry engine note and impressive acceleration joint with a quick shifting transmission, it gives the driver and the passenger a different high. There is still no word on the official price of Aston Martin DBS Superleggera 2019 in the Philippines market. Catch up with Philkotse.com to update the latest news about this amazing car.

Investing in this car might be considered rather steep on the budget, but it is a super friendly car with a strong character and a beauty to admire. Sure, it has a super thirst for super unleaded, but it also provides a super unforgettable driving experience for the whole family each and every time.