Nissan is seriously taking this into consideration.

The launch of the Ford Ranger Raptor 2018 has greatly stirred up the pickup world. Not only car enthusiasts but also car manufacturers are excited about off-road oriented pickups, including Renault-Nissan. Most recently, the company has suggested that a high-powered Nissan Navara would likely be a fierce contender of the Ranger Raptor in the near future. Not only car enthusiasts but also car manufacturers are excited about off-road oriented pickups, including Renault-Nissan

Although the project of making a more-powerful Navara has yet to be formally confirmed, with the Navara sharing platform with the Mercedes-Benz X-Class, there is a strong possibility that the new Navara would borrow the 3.0L turbo diesel V6 engine of the luxury pickup for a better performance. There is a strong possibility that the new Navara would be motivated by a 3.0L turbo diesel V6 engine

According to latest car news from Renault-Nissan, its light commercial vehicle boss – Ashwani Gupta says that in a few days during the Nissan Series 3 D23 Navara’s launch in Australia, he will impose his idea of a more potent Navara. He also adds that if previously, a Ranger Raptor rival is not the company’s priority, today, “this is an opportunity we would like to study." 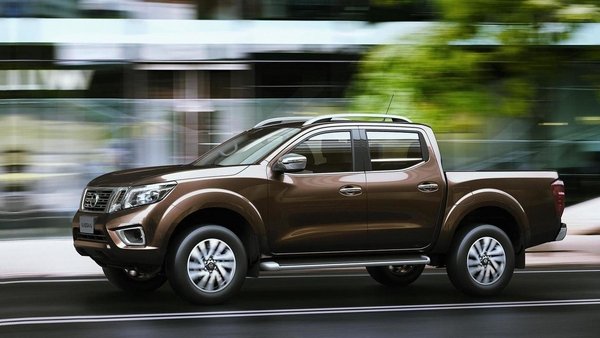 To keep pace with the current Ford Ranger Raptor, the Navara definitely needs a lot of modifications

To keep pace with the current Ford Ranger Raptor, the Navara definitely needs a lot of modifications. Considering that the Raptor packs a 2.0L turbo diesel engine with 210 hp and 500 Nm of torque and features massive off-road tires, Fox shocks as well as a 10-speed automatic transmission, the rugged Nissan Navara should be given more. As noted above, a 3.0L V6 diesel unit of the X-Class would be a suitable alternative to the existing 188-hp 2.3L engine.

"We have every technology to do that. The question is we study and if it makes sense for the customer and the business we will do it," said Ashwani Gupta.

>>> Click to catch more updates in auto industry around the world

The Nissan Navara 2022 is a pickup truck that is available in the Philippines. Nissan Navara 2022 Philippines price starting from Php 1,026,000 to Php 1,746,000. This price range is covered within the truck's six variants, with the PRO-4X as the most expensive Navara. Under the hood, the Japanese pickup is powered by a 2.5-liter YD25DDTi inline-4 DOHC turbodiesel engine. Depending on the variant, the horsepower ranges from 161 to 190, while the torque in newton meters varies from 403 to 450. Either a 6-speed manual or a 7-speed automatic transmission is paired to the engine.