This is the next Hyundai Tucson – and yes, those are LEDs

Hyundai Motor Company is about to make a big splash with the next-generation Hyundai Tucson. Upon its debut on September 15, 2020, the Korean automaker says the Tucson will be offered in both short and long wheelbases, depending on the region or market.

If you’re already on the edge of your seat, be glad to know that Hyundai released several pictures providing us a glimpse into what the next-generation 2021 Hyundai Tucson will look like. And from what we can see, it comes with a new design language that looks different from other Hyundai vehicles. The Korean carmaker says the next-gen Hyundai Tucson features a “dynamic jewel-like exterior.” 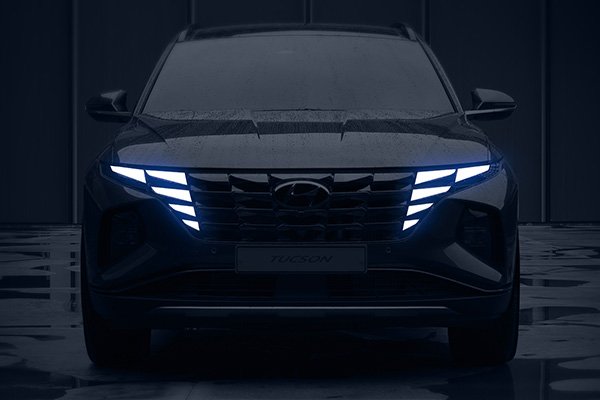 The DRLs are integrated into the grille. It looks very striking.

The centerpiece of the new crossover is its grille that dominates the front fascia. It’s a slatted design with the daytime running lights (DRL) integrated into its side-most portions. The aforementioned DRLs are only visible when turned on with the side-most slats providing the source of illumination.

Straddling either side of the lower front fascia is a pair of parametric headlamps, each surrounded by a chrome molding. And finally, the rear end features LED taillamps combined with a red LED strip traversing the entire rear. The rear window wiper is hidden as well. 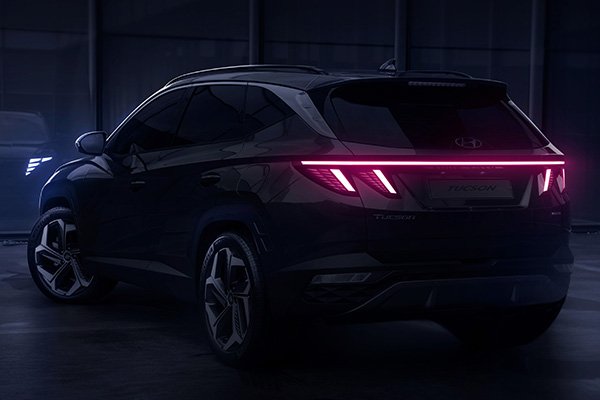 The LED strip integrated with the taillights look futuristic ain't it?

The 2021 Hyundai Tucson will also feature larger dimensions. The short wheelbase variant will have long overhangs. On the other hand, the side of the crossover features a graceful roofline that terminates into a chromed-out D-pillar. Coupled those with the new 19-inch alloy wheels and the angular wheel arches, and the result is an athletic yet graceful looking vehicle.

The interior design for the new Tucson is also quite a feast for the eyes. It features a futuristic cockpit with a large 10.25-inch infotainment system that seems to be “dripping” down in a vertical orientation from the dashboard. The new Tucson will also do away with the old analog instrument cluster, replacing it with a new digital display. 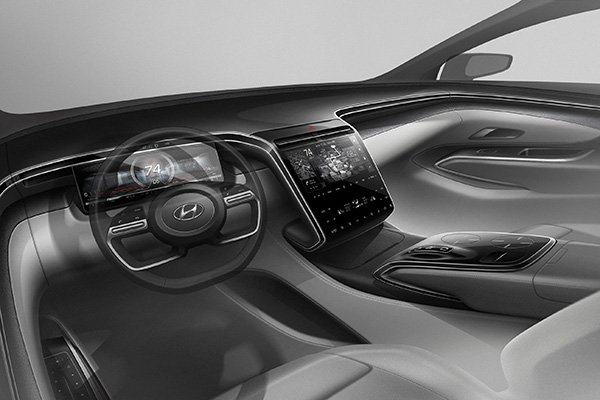 The new interior of the Tucson looks spacious and comfy.

While details with regards to the new Tucson’s exterior and interior design are plentiful online, Hyundai is yet to release information about its engine and transmission.

As we’ve said earlier, the new Tucson will come in two sizes. According to reports, the presumably larger, long-wheelbase versions will be released in the U.S., Korea, and China, while the shorter version will be available in the Middle East and Europe.

In the Philippines, Hyundai has been selling the current Tucson for a very long time. As such saying that this new Tucson will eventually get here might not be quite a stretch.

For more news about the new 2021 Hyundai Tucson, stay posted here on Philkotse.com.