This is the most anticipated Porsche SUV of the year.

The third-gen Porsche Cayenne will soon make it global premiere next week. Ahead of its launch, Porsche has teased a video showing the car’s great performance in all weather conditions.

Apart from having been tested at the Nürburgring, the Nardò Ring (Italy) and other test tracks in Sweden, Finland, and Spain, the 2018 Porsche Cayenne was also taken to the sand dunes in Dubai and downward slopes at Death Valley (America) to experience an extreme temperature of more than 50°C. In parallel, the SUV must endure a freezing temperature of less than -9 degrees in Alaska. 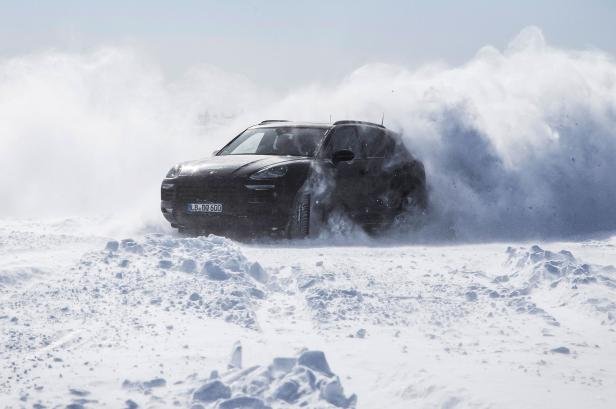 The next stop is China where the Cayenne displayed its ability of handling stop-and-go traffic in humid conditions. To check the on-road as well as off-road capacity, the SUV must go to Japan, New Zealand and South Africa.

There’s a fact that you might not know: Porsche has been testing the 2018 Cayenne for more than three years. And totally, the prototype models have been driven around 4.4 million kilometers of testing. 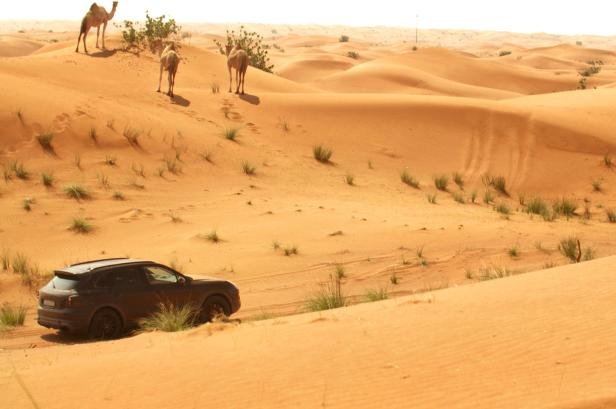 Since the last upgradation for the 2011 model year, it’s time for Porsche SUV fans to see the next-gen Cayenne with an all-new look and performance. Via the teaser video, some twists can be seen clearly including a revised front fascia with closer ceases in the bonnet in addition to refreshed taillights. Concerning the interior, we’re still unsure.

Anyway, stay tuned as the 2018 Porsche Cayenne is just one week away from its public debut.

Let’s watch the Cayenne’s performance in a variety of climate extremes in the following video: