Porsche Philippines is offering Filipino car buyers a total of six premium models for 2022. In the coupe lineup, the German automaker brings in the Porsche 718 and Porsche 911. Meanwhile, it has two crossover SUVs, namely the Porsche Cayenne and Porsche Macan. And lastly, there are two Porsche sedans in the Philippine lineup which consist of the Porsche Panamera and Porsche Taycan fully electric vehicle (EV).

Porsche Philippines didn't disclose the exact pricing of its six models in the local market. As such, please contact the brand's dealership for more information. The most popular models of Porsche Philippines are the Porsche 911 and Porsche Cayenne.

German premium carmaker Porsche has been producing top-notch sports cars, sedans, and SUVs since 1931. It was founded by Ferdinand Porsche, the chief engineer of Mercedes Benz at that time.

Initially, the company focused on automobile development work, consulting, and other services. The German government asked them to design an efficient car based on the needs of their people. They presented the Volkswagen Beetle which became one of the most iconic car designs of all time.

In 1948, they introduced their first model, the Porsche 356. It was a rear-engine, lightweight vehicle made with handcrafted aluminum. The automobile was designed by Ferry Porsche, the son of the founder, and Erwin Komenda who conceptualized its chassis. It was also during this time that they released their famous logo based on the “Coat of Arms of the Free People State”.

As the German carmaker progressed, a number of their releases were considered collector’s items and currently amounting to millions of dollars due to their fine engineering, flawless craftsmanship, and renowned high-performance.

Some of their notable releases are the Porsche 917, their first race car to win overall at the prestigious 24 Hours of Le Mans in 1970 and 1971; the Porsche 959, considered to be the world’s fastest street-legal produced car in 1986; the 1973 Porsche 911 Carrera RS with a staggering 669 percent increase in value today, and the limited-edition Porsche Carrera GT known to be the most extreme model the company has ever produced.

Porsche entered the Philippine market through PGA Cars, Inc. in 2005. The German car brand locates its headquarter in Mandaluyong which is a facility measured 3,000sqm showcasing Porsche merchandise and the latest Porsche models.

3. Porsche dealership in the Philippines

Porsche only opens one showroom in the country. It is located at 201 EDSA, Mandaluyong City. For further information regarding address, contact number, and appointment booking, please visit our page for Porsche Philippines’ dealership on Philkotse.com.

The Porsche 718 is represented by two premium models: the two-door, two-seater Porsche Boxster and the three-door, two-seater Porsche Cayman. Since its release, it has gracefully reached legendary status as it effortlessly conquered roads and racing tracks thanks to its finely engineered features outside and inside. Both model’s exterior exudes a contemporary, luxurious, and confident vibe as it is adorned with all the right curves and lines. Stepping inside is another experience as it perfectly matched the latest safety and technology amenities. Locally, the Porsche 718 offers the following models: the Porsche 718 Cayman, the Porsche 718 Cayman S, the ...

The Porsche Cayenne 2022 is a luxury midsize crossover that has been in the German automaker's lineup since 2002. It is offered in the Philippines in six variants, while the pricing is available upon request. Under the hood, Porsche Philippines is offering three engine options. First is the 2.9-liter V6 Biturbo good for 434 horsepower and 550 Nm of torque, while the second option is a 3.0-liter turbocharged V6 that makes 336 horsepower and 450 Nm of torque. Lastly, a 4.0-liter twin-turbo V8 is offered, which delivers maximum power of 631 horsepower and 850 Nm of torque. Both the 3.0-liter ...

How much does it cost to own a Porsche in the Philippines?

Price of Porsches cars in the Philippines are only available upon request. Kindly click the Get Quote button and fill out the form for further pricing details.

Why are Porsche cars so expensive?

Low production number, high cost for top industry experts and engine manufacture, and high-quality materials are the main reasons why Porsche cars are so expensive.

Is Porsche a luxury car brand?

Yes. According to Brandfinance.com, Porsche is recognized as the #1 valuable luxury and premium brand for the 2019 - 2020 period.

How much is Porsche company worth?

According to Brandfinance.com, Porsche’s brand value is estimated at around US$29 billion.

Porsche will now have a greater degree of autonomy from parent company Volkswagen, part of its ambitious goals lined up in the future.
The Porsche Cayenne Turbo GT SUV went up against the Audi R8 supercar in a drag race arranged by the YouTube channel Carwow.
Porsche announced that the 911 Sally Special has been officially sold at the RM Sotheby’s Monterey Auction for a record $3.6-million.
Porsche has unveiled the one-off 911 Sally Carrera in collaboration with Pixar Animation Studios, and it will be auctioned to two charities.
In celebration of the Porsche Cayenne’s 20th anniversary, let’s talk about the weird Cayenne Targa-top variant that the brand developed but didn’t produce. 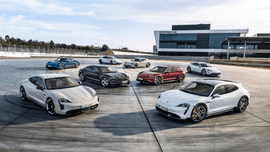 The automaker will begin to be publicly traded in Germany. 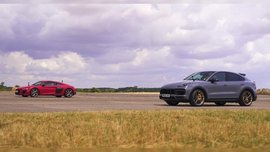 The Cayenne redefines what an SUV is. 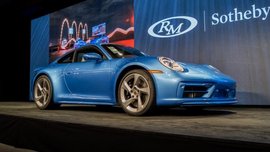 The proceeds will benefit two charities including one that supports Ukraine refugees. 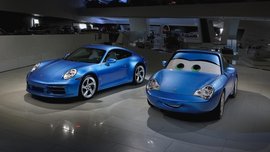 It will be auctioned on August 20 to support two charities. 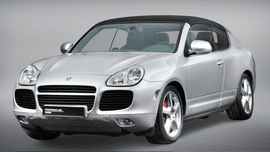 Porsche Cayenne Convertible almost made it to production

Too ugly to live, too weird to die.