The first-generation Porsche Cayenne was introduced in 2002 powered by an eight-cylinder piston engine. It was acclaimed and became the standard performance vehicle among available crossovers in the market during that period.

The second generation was unveiled at the Geneva Motor Show in 2010. Its refreshed version boasts a larger body, contemporary updates on its interior and exterior, and more use of aluminum for fuel-efficiency.

Locally, the third-generation Porsche Cayenne was launched by PGA Cars Inc. in April 2018.

The updated version of the Porsche Cayenne pays homage to its predecessors. Its front displays a broad and modern grille, sweptback headlight with the German company’s signature four-LED daytime running lights, and a revamped bumper.

Its muscled physique boasts the signature detailed curves and gorgeous lines. Its lengthened body by 63mm efficiently extends cargo storage. Compared to previous releases, the current Porsche Cayenne is lighter by 65kg as lightweight alloys are used. Depending on the variant, a set of customizable 19-inch to 22-inch supports this premium crossover.

Its rear is highlighted by an adaptive spoiler designed with beautiful contours and an elegant taillight strip found also on the Porsche 911 models.

Inside, luxury is extended as it furnished with a fixed panoramic glass roof with a sunblind, adaptive and electric 18-way leather sports seats with optional massage function, four-zone automatic climate control, three-spoke steering wheel cased in leather, a center console with a touchscreen panel that displays important details, and more.

It is built with the Porsche Communication Management system that helps you control audio, communications, and navigation. It is accessed through a full High-Definition touchscreen that measures 12.3-inch with Apple CarPlay connectivity. It also offers an online connection and a voice control system.

In terms of safety, it comes with the Porsche Stability Management System that utilizes data and information from sensors that aid your steering and cruising in any road condition. It also comes with the Porsche InnoDrive that examines a road’s condition in your route before getting there. Other safety features include a good number of advanced airbags, night vision assist, park assist, surround view, lane-keeping assist, lane change assist, and collision assist.

All engines are partnered with an eight-speed Tiptronic transmission.

The price of the Porsche Cayenne in the Philippines is available upon request. Kindly click on the GET QUOTE button to ask for the latest price list from Porsche dealers across the country. 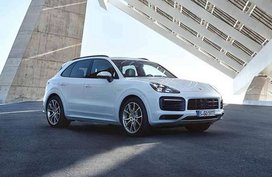 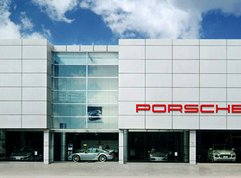