I. Overview of Hyundai Philippines

Hyundai Motor Company is an automobile company that is based in South Korea and is a subsidiary of the Hyundai Motor Group, together with Kia Motors and Genesis Motors. Since its establishment in 1967, they are now tagged as the third largest manufacturer of vehicles worldwide.

As per the Hyundai brand alone, it is currently available in 193 countries with the help of multiple showrooms and dealers such as Hyundai Philippines. Now, let's find out more about this celebrated car brand in this post by Philkotse.com.

Although Hyundai has been established in 1967, the very first car model produced under its sole name was in 1975, and the unit was named Pony. Prior to that though, in 1968, the Cortina vehicle was released but it was a unit made in collaboration with Ford Motor Company. Thus, making the Pony the very first South Korean vehicle that has been manufactured and released. With a new vision to be a “lifetime partner in automobiles and beyond”, Hyundai Motor Company is geared towards producing vehicles that are loaded with eco-friendly features and technology that is intuitive and helpful. Additionally, the company still focuses on designing units that can work with the different lifestyles and needs of their customers around the globe.

At its home base, South Korea, Hyundai has three plants. One is in Ulsan, which is the largest as it comprises five manufacturing factories, a shipment dock, and a drive and crash test site. The second one is in Asan, which is responsible for producing and exporting passenger vehicles. The last one is in Jeonju, which is focused on producing commercial vehicles for worldwide distribution. Overseas, Hyundai Motor Company has manufacturing plants in Alabama, Brazil, China, Czech Republic, India, Russia, and Turkey. China and India being two of the factories that produce the highest number of vehicles each year. As per the company’s R&D centers, they are distributed in Germany, India, and Japan.

Hyundai cars in the Philippines has long been imported and distributed by HARI and has consistently received multiple recognition from different agencies, including from the Hyundai Motor Company itself.

As they progress, and since they have continually made Hyundai as one of the third top-selling brands in the country, they already have their own assembly and logistics center in the country. This move assures that each client in the Philippines will be provided with a vehicle that has been freshly assembled and has not undergone any untoward troubles, which is common for exported pre-assembled cars.

1. Top-selling Hyundai cars in the Philippines

There are a number of Hyundai cars available in the Philippines and as we have mentioned in this post, they are being sold like a hot potato. That is evident with their number of sales, year after year like in 2017 wherein they were able to sell more than 37,000 units, which is about 9% of the total sales of the whole automotive industry. Similarly, in the first quarter report of 2018, they were already able to sell more than 8,000 units.

Amongst those units, the highest selling Hyundai cars for sale in the Philippines are the Getz, i10, and Sonata, which are no longer available, as well as the Accent, Grand Starex, and Santa Fe, in no particular order.

This is a four-door, five-seater sedan that has been recognized due to its initial quality in the USA by an individual award-winning body. This is loaded with either a 1.6 CRDI diesel engine with VGT or 1.4 MPi gasoline engine with D-CVVT. When it comes to its safety features, the unit is equipped with SRS airbags at the driver’s side, an anti-lock braking system, and electronic stability program.

Looking at the Hyundai Philippines price list, you can see that the Starex is one of the most expensive Hyundai models in the country. However, the van's worth it!

The Grand Starex has long been on the market because of the fact that Filipino families love to travel together. As a van, it can accommodate 10 adults, but can further be adjusted depending on body built and the weight of the passengers. The great thing about its latest model is that it is equipped with power window sensors that are triggered when something is stuck, preventing possible finger pinching. Similarly, it has rear parking assist system (RPSA) for safe and convenient reverse driving or parking. 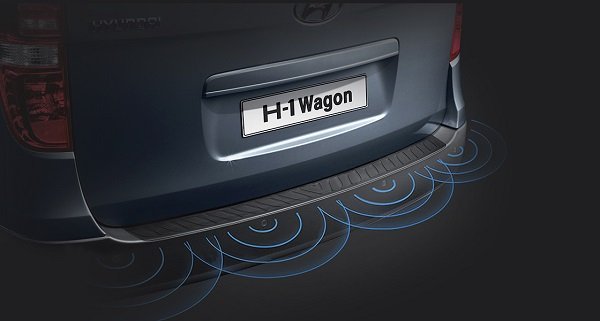 For a family or a couple who want a more compact unit than a van but can give them a comfortable space while traveling, this seven-seater SUV is a perfect choice. With a 2.2 CRDi diesel engine with VGT, it is powerful enough to traverse both flat and rough terrains that are common in the Philippines. In fact, the unit has a maximum torque of 45 kg/m and maximum power of 200ps.

Want to learn more about these models as well as other Hyundais? Check out our full-scale reviews of them in our Hyundai review section.

Hyundai Sta Fe on the Road

If you plan to check out not just the top-selling models, but also the other units, the company has a lot of Hyundai dealers distributed around the country. There are 13 dealerships in NCR, 17 in Luzon, Eight in Visayas, and five in Mindanao.

Hyundai Philippines has a vast number of vehicles available for both personal, family, and commercial use. They are all loaded with safety and convenient features, and all their exterior designs scream elegance and quality. As a multi-awarded distributor of a highly recognized worldwide brand, this combination is surely a security blanket for consumers. 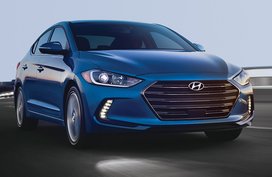 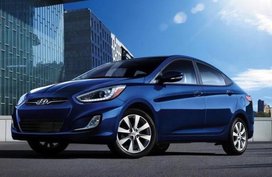 View all Hyundai cars for sale