What is a hydrolocked engine & How to deal with it?

Driving through flooded roads can do great damage to your car’s engine.

I. What is a hydrolocked engine?

A hydrolocked engine occurs when water has contaminated your car’s engine; more specifically the cylinders. As we all know, water is the last thing you would want your engine cylinders to operate with. Inside a cylinder, combustion happens 1,000 times in a minute. It increases as your car’s revolution per minute (RPM) goes up.

With that in mind, water inside a cylinder would disrupt the essential combustion for engine operation. Without proper combustion, your car’s engine will not produce enough power to keep it cranking. Fire and water don’t go well with each other so a hydrolocked engine is troublesome.

Water does not only kill the combustion inside your chamber, but also the compression every cycle. Unlike air, water does not compress well. This is why water is used in many systems that require high pressure instead of air such as your car’s braking system. Due to the high pressure caused by water compressed in a cylinder, component failures are highly expected to occur. One of the most common engine components that break within a hydrolocked engine is the connecting rod. The length of the connecting rod is easily bent in the process causing the piston to not reach its top dead center position, resulting in less power produced.

Another common component that fails within a hydrolocked engine is the head gasket. This component is used to seal the engine block and cylinder head together to avoid leakage from the cylinders. If your car’s head gasket is damaged, then the fuel/air mixture will leak, causing, again, less power output.

This is the reason why whenever there are massive floods brought by typhoons in the country, the prices of the flooded cars drop significantly. Only dedicated mechanics would try to repair and replace the damaged parts caused by water in a cylinder. Floods can highly cause engines to hydrolock

A hydrolocked engine should be your and your car’s number one enemy. It is one of the failures that cause car owners to rather forsake their car. Other types of failures can be repaired easier as compared to when having a hydrolocked engine.

II. Hydrolocked engine: What are the causes?

The air filter drains the water instead of air, which causes it to be inducted into the cylinders. The water mixes with the fuel from the fuel injectors which then causes your car to have a hydrolocked engine. This is why it is important to know what type of vehicle you are driving. Generally, SUVs have a higher wading depth as compared to sedans. Wading depth refers to the limit of how a car can safely drive through a flood. If you are using a sedan, then you might want to think twice before driving through a flooded road.

Another tip is to not start your engine when it was flooded. Starting your engine will cause the water to be sucked into your cylinders causing more damage. 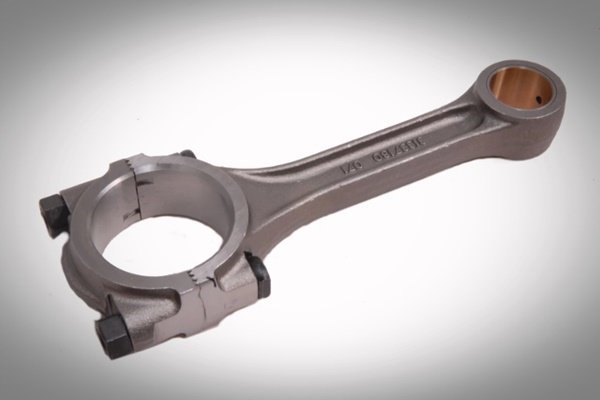 III. How to deal with hydrolocked engines?

Perhaps the best way to deal with a hydrolocked engine is to not start your car when it got submerged into floodwater.  What you need to do is to call for your trusted mechanic or go to a car service shop to get further assistance. This way, you will avoid damages from incompressible water within your cylinder. If you live in a flood-prone area, be sure to look after your car at all times

But once you already encounter failures from a hydrolocked engine, it is best that you buy a new car rather than maintaining it. Repairing your hydrolocked engine may be cheaper at first, but a new car will save you huge amounts of cash from repairs and maintenance in the long run.

>>> Related: [Philkotse guide] Cars get flooded - What to do to save your vehicles?

Q: What causes my car engine to be hydrolocked?

You will encounter a hydrolocked engine when water is inducted into your car engine’s cylinder.

Q: Can I still run my engine with water in it?

No, water is probably the least element you want your engine to have.

Q: How does water enter my engine?

It usually enters in two common ways, namely through the air filter and the fuel pump.

Q: What should I do when I have a hydrolocked engine?

Do not start your engine and go to service shops as soon as possible. Compressing water within your cylinder will cause damage to your engine.

Q: How much is the cost for repairing hydrolocked engine?

It depends on how much damage is done. You would have to replace many internal components such as spark plug, filters, and connecting rods. You can expect around Php 25,000 to Php 75,000 for repair and new parts.