* Further information about the Suzuki Jimny 2019 will be constantly updated in this article. Remember to visit our page regularly to keep an eye out for the latest updates. 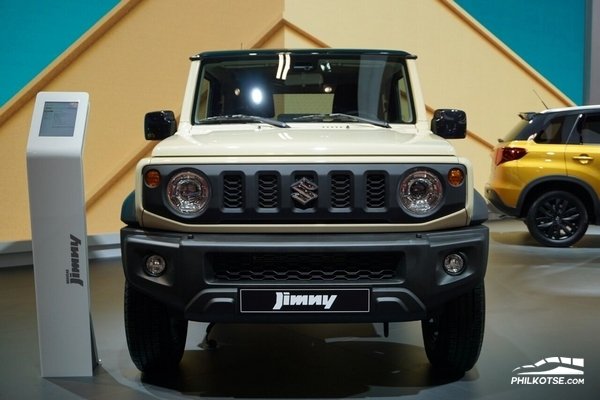 Latest photos of the Suzuki Jimny 2019 taken by Philkotse.com reporters at this year's Paris Motor Show

Driven by a 1.5L inline-4 engine pushing out 100 hp and 95 lb-ft of peak torque, the 2019 Jimny still features a simple and rugged look with a slab-sided boxy body, rounded headlights, a spare mounted out back on the side-hinged rear door and exposed drip rails to boot.

Interior-wise, that retro look is spread with an upright dashboard, basic bucket seats as well as straightforward manual gearshift. The infotainment screen is the only hint of modernity inside. Look at the photos below for better imagination of the car: 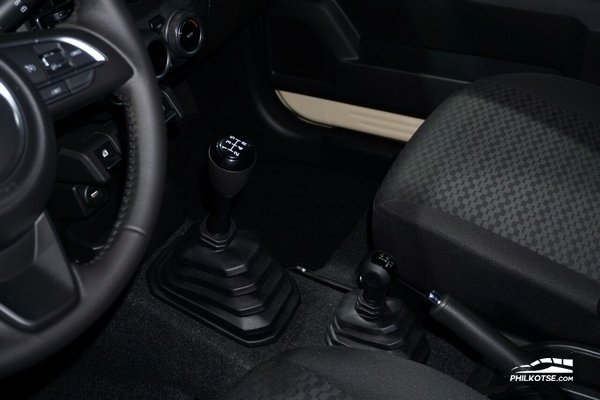 In terms of dimensions, the new Jimny remains steadfast in the original formula. A body-on-frame construction with rigid axles suspended by coil springs lends a helping hand to its off-road credentials. Additionally, the 4WD comes with 2-speed transfer case with a low range while large approach, short overhangs, departure angles, hill hold, and hill descent control allow it to challenge rough terrains. One of the two 2019 Jimny prototypes at Paris Motor Show

Modern driver assists are likewise on tap, including:

As mentioned at the beginning of this article, more official information about this hotly-discussed vehicle will be updated later by our reporters. Stay tuned and follow our 2018 Paris Motor Show category to catch up with the global premieres of much-anticipated models such as BMW 3-Series, BMW Z4, Kia Nero EV, and Toyota Corolla Touring Sports.