The Nissan Altima 2019 features significant similarities with the V-Motion 2 Concept.

By introducing an all-new Nissan Altima 2019 with a daring look, the Japanese automaker hopes to draw crossover buyers back to large sedan segment.

At first glance, we can easily point out a lot of similarities the new Altima shares with the look of the V-Motion 2 Concept launched at the North American International Auto Show in 2017. Aside from the V-Motion grille, there are also some familiar design details borrowed from the larger Maxima. In brief, the eye-catching front fascia was adorned with a bolder appearance with upswept, slim headlights. 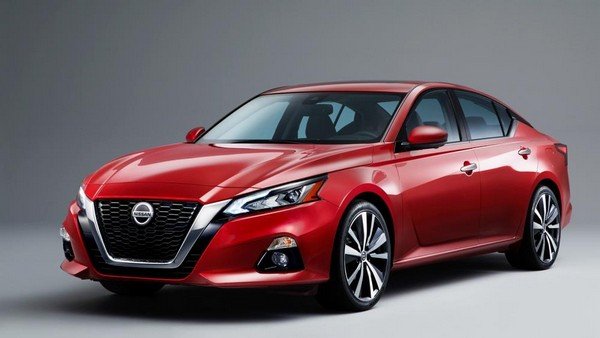 Aside from the V-Motion grill, there are some more similar design details as in the larger Maxima

The rear windshield in the model is made in a rather fastback style to introduce a swoopier and sleeker side profile. Particularly, the 2019 Altima features more gentle lines spreading over the quarter panel and the doors unlike the deep-creased sides noticed in the concept.

Meanwhile, the rear of the Nissan Altima 2019 receives a treatment of wrap-around tail lights, creating a V shape at their edges. What’s more, the license plate now is made more spacious. One more thing the Altima emulates from the larger Maxima is the rear pillar which keeps a black strip. Worth of note, the rear bumper is designed with round touches and incorpated with two diffusers at each end. 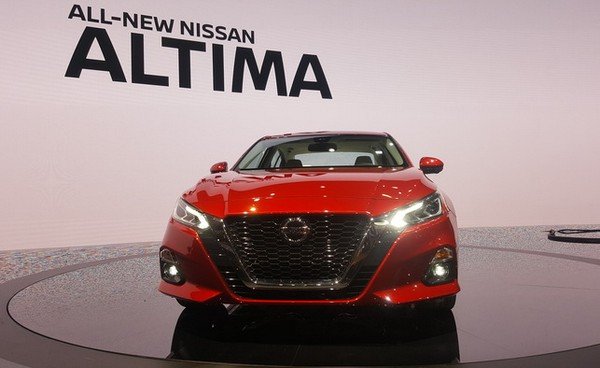 The front fascia was adorned with a bolder appearance with upswept, slim headlights

Take a look inside, it is noticeable that there is a presence of a high center console which immediately reminds us of the V-Motion design language. Its infotainment system features a floating screen. Besides, the 3-spoke steering wheel is coated with a thick rim, providing multiple functions such as audio, semi-autonomous driving and cruise control. Also, there is a mix of digital and analog displays. Meanwhile, it is claimed by Nissan that the model gains more space inside thanks to its longer wheelbase. 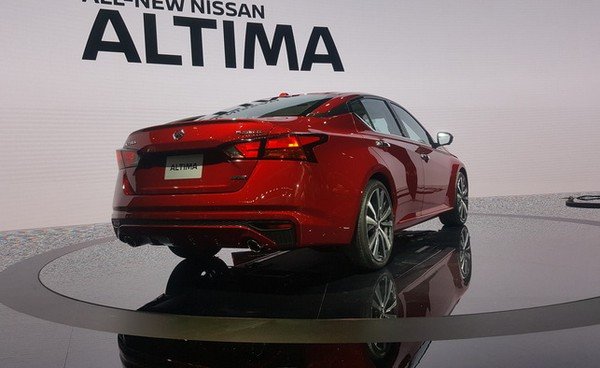 This is the first time the Nissan Altima for sale is provided with All Wheel Drive with Front Wheel Drive keeping the standard layout. The 2.5-litre, 4-cylinder engine harshness reduction, vibration, enhancements for noise and direct-injection. The base engine can produce 244 Nm of torque and 190 PS. Instead of using the existing V6 engine, the new Altima introduces 2.0-litre, turbocharged inline-4 with Variable Compression Turbo which is able to adjust the compression ratio of the engine by the amount of throttle being applied. The new 2-litre turbo puts out 370 Nm of torque and 251 PS.

>>> Click to catch up with ongoing and upcoming car events worldwide