Nov 12, 2018
It’s a match between a Korean and Japanese sub-compact. Toyota Wigo vs Kia Picanto - who’ll get the better result?

Korean efficiency or Japanese preciseness, which is it?

Why should this “Car Showdown 101: Toyota Wigo vs Kia Picanto” by Philkotse.com matter when buying a sub-compact in particular. These options have different price ranges and differing in the overall specs, that equips them. But, these specs can bury them should they not be good enough!

Usually, most would go for Toyota’s because they are cheaper when maintenance comes. But, a Mitsubishi tends to be on the more expensive end and emphasize on particular features more. It really depends on what is preferred by any individual!

As a matter of fact, we already had a brief specs comparison of the Wigo and Picanto. For those who want more details, read on to explore.

Sub-compacts are small vehicles, and most will be on the micro-side, but there will be smaller options, than others. In this auto comparison, the bigger option is better, all the time.

Verdict: Choose the Toyota Wigo because of it significantly bigger than the Picanto. Small is okay, but a wee bit too much is not a good thing.

>>> Recommended car comparos for your reference:

Just because a sub-compact is small; it doesn’t mean that it has to be piddly in horsepower, torque, and displacement. The lighter a car, then it needs a better power to weight ratio when running on the road! Kia shows Toyota how to build a better sub-compact with more horses, under the hood!

Verdict: Kia shows Toyota how to build a better sub-compact with more horses, under the hood! The Wigo lost this crucial round, on major specs.

If you want to learn more about detailed specs of these two models, also check out our:

One problem with cheap options is that it comes with only the basic equipment most of the time. The better options should come with 3-pt. ELR seat belts and Isofix for complete safety too!!

Verdict: The Toyota Wigo makes its safety suite shine and shows that it will compensate. This helps improve a poor four-star safety rating that is something to consider but if budget is a concern, just get it.

Some car makers tend to relegate plain city haulers like these, to have a poor option of most comfort equipment! All the options should do better in “Car Showdown 101: Toyota Wigo vs Kia Picanto”. All the options should do better in “Car Showdown 101: Toyota Wigo vs Kia Picanto”

Verdict: The Wigo is the more comfortable option, which is more practical because comfort features are needed for long drives especially.

Having the right equipment count for all the options in “Car Showdown 101: Kia Picanto vs Toyota Wigo” safer daytime or night time running is important and shouldn't be discounted. All the basic equipment is available on the Wigo, and nothing is missing, for an average unit. 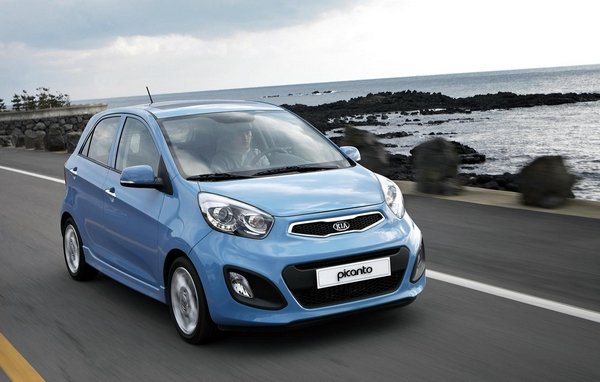 As per the Picanto, nothing much to say but it has all the necessary equipment needed, which is very good.​

Verdict: Both of these options are equal, but the cheaper Wigo is better for the cheap unit cost! Something to think about.

Before summing up, have a look at these tables of Toyota Wigo and Kia Picanto price in the Philippines.

>>> Get the latest pricing news via our Toyota Wigo price list

>>> Get the latest pricing news via our Kia Picanto price list

All the features have been compared and contrasted to find out the ultimate champ, in “Car Showdown 101: Picanto vs Wigo”. Every aspect of features and performance taken into account and Wigo won in three key features with relative ease. The Picanto is performance packed; but it forgot the basics, so it lost!

For the victory, the Wigo powers through in this showdown, but the four-star rating are a big question mark. Just choose the best option suited for you! Toyota Wigo vs Kia Picanto: The former is the winner