Which are best SUVs in the Philippines in 2018/2019 that deserve a slot on your wish list?

On the road, the SUV is king with power and everything that makes other cars look less able. So, which are best SUVs in the Philippines? We’ll know who is truly the king of the road.

On the road there are few vehicles that can equal the power, all-terrain, and toughness of an SUV and they are one of the tallest cars ever made! Yeah but an SUV is not only about power and features but bringing in these qualities that makes a compact cringe. With many SUVs, crossovers, even compact SUVs it can be confusing, although this can be confusing but we’ve got to know what makes a good SUV option!

Despite the good qualities of these cars, there’s a dark side to them which we need to know! This will help choose the best one, out of the “Top 5 Shootout: Best SUV” among them. So, here are the considerations which must be thought over and decided on. On the road, the SUV is king with power and everything that makes other cars look less able

1. 5 features of best SUVs in the Philippines

1.1. Fuel economy is notorious when it comes to SUVs and they really gulp fuel like crazy. You’ll need to know exactly how much fuel is used, whenever going out somewhere so refueling is less frequent! Or if you got deep pockets then a full tank is nothing, but hold on that SUV is big.

1.2. Did I say that SUVs are tall vehicles compared to other cars? They tend to tip over if not properly driven too. An SUV must have ABS, ESC, or any other computer assisted means to prevent instability always! Not all SUVs have this but will have EBA and ABS to control the SUV when braking, which is standard for most SUVs. But they are the safest vehicles to drive compared to other cars on the road and it’s a no-contest.

1.3. They come with powerful engines but only the mid-size to bigger one, usually the compact one’s is only in the 1500 cc. area which is not very significant! The higher the power means more torque and power but kiss the gas goodbye too. Smaller SUVs are optional should fuel efficiency be important, but who wants to drive an underpowered SUV. Although driving an SUV with less power isn’t bad but that depends on the individual’s preference though. 1.4. Will it be an AWD or 4WD drive with a rear wheel or front wheel drive train installed in the SUV. Mobility is the key factor where these options are concerned and there are differences like the All-Wheel-Drive which senses where traction is needed but Four-Wheel-Drive delivers power to all wheels. If you off-road the 4WD will be better, but in the city AWD is much better.

1.5. Riding comfort and the best suspension is what SUVs offer and it can handle floods better than ordinary cars! Equipped with humongous tires that eat up humps and pot holes for breakfast unlike other autos. For the smoothest ride even on uneven terrain, SUVs have the better advantage than other cars.

Whatever the outcome of the shootout with these five-buyer point, it will be balanced with the SRP of the options. Time to begin and see who prevails and wins.

2. Best 5 SUVs in the Philippines to consider

Let’s begin by rounding up them up from the least expensive to the expensive options. They represent the current options that Top 5 Shootout: Best SUVs will have from the price to everything about them. Now, let’s begin the round up!

This for starters is the cheapest SUV on the market with a decent number of features and it’s not a gas guzzler like the more expensive options. Everything here is reasonable from the safety features to amenities and its light on the budget too! If a basic serviceable SUV is needed for the province or just anywhere, then get it for the non-brand conscious. One advantage is the less expensive spare parts for this, compare it to a Ford SUV that’ll cost a bundle to repair. Nothing special about the components because it is a generic SUV that is easily serviced unlike expensive one’s! It has more horsepower and torque than similar class rivals with less power under the hood! This is down, dirty and basic for ultimate practicality, an SUV on a relative budget. 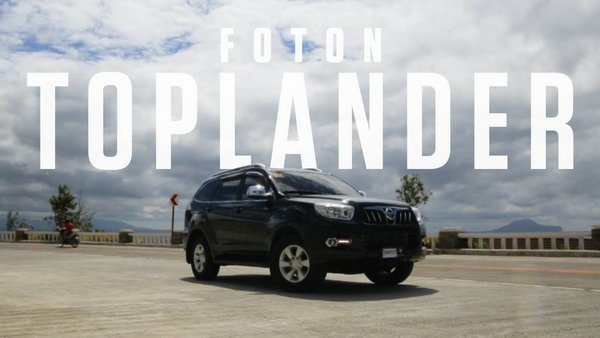 This for starters is the cheapest SUV in the Philippines

If a little more is to be spent, get this and have Japanese dependability backing you up with this SUV option. The Montero has more of everything that makes it a must have SUV for starter families or just something to kick around in the weekend.

Despite the bigger tag price which packs a lot more features and will be a pleasure to drive anywhere it can go. With more than enough room and comfortable amenities with its comfortable cabin, it’s better than most compacts or sedans. Get the Montero for comfort and performance from a top auto-maker! This is one of the best diesel SUVs in the Philippines

The Ford Expedition is one of the best SUVs in the Philippines and their toughness, is legendary and synonymous with American made cars. Okay the main rap against this beast is the fuel economy but if you’ve got more to spend then get this.

It has everything under the hood, safety features, and passenger comfort up the roof! No Japanese car can match it and without getting stung, also this SUV is made for safety and survival. Get inside and see what it offers but it’s a shame that you can’t sleep in it. Reliability and safety that makes it, the SUV to get and not regret it. Costs an arm and a leg, but who cares as long as it yours!

It has everything under the hood, safety features, and passenger comfort up the roof

Say hello to the car that made Japanese brands the most wanted cars in the world. This Toyota Land Cruiser is the great- grand kid of the Land Cruiser of the 70’s and now is a premier luxury option for the well to do! It got luxurious finishing and with features and performance that’ll make lesser SUVs cry too.

Peek in the hood and there’s big engine that roars, but gas mileage will not be good but with deep pockets then no problem. Built to survive any terrain keep the comfort level up, so what else is missing. This is simply luscious with everything it offers, is simply superb for a top class option! If Godzilla was a car, he’d be this and it’s the bigger version of the Ford Expedition as well. Say no more to cheap gas because this is a top money draw, with everything in one expensive option. Get power, luxury, convenience, and comfort for the well to do who need it.

Imagine the power and torque, when this beast roars on the highway leaving everyone behind. There’s no lack of newer safety features that increase safety more, plus the durable chassis and suspension on it! Go anywhere and be confident of the super extras this gives. It will cost so much but that’s what is paid for, no more or less for an ultra-powerful SUV. Get it and don’t regret it! Get power, luxury, convenience, and comfort for the well to do who need it

3. Best SUVs in the Philippines: Verdict

Based on the criterions that are the basis of what is the best option of best SUVs like fuel economy, safe features, mobility, power and comfort that are criteria to grade on. Here are the SUVs and what they are best at, grading them accordingly too.

So, here are the best SUVs in the Philippines that Philkotse.com has gathered on the top 5 list based on all the relevant criterion. Most of them cost a bit but these cars don’t come cheap, even the least expensive one!