Ford Territory Color: Which hue is best for you?

There are six paint options for Ford’s latest crossover.

Now that the Ford Territory has been around in the local market for more than a year, we already aware of the handful of features this five-seater compact crossover offers. Ford Philippines managed to sell over 8,000 units of the Territory since its local debut, making it one of the best-selling models of the Blue Oval company. But apart from the impressive technologies, the Ford Philippines is offering compelling exterior color options for its entry to the compact crossover segment. With this, you can bring home a vehicle that is not only loaded with features, but also serves looks on the go. It can reflect your tastes as a car owner.

Let’s take a look at the six paint finishes the American marque is offering in the Territory. But before we start, you should keep in mind that the following Ford Territory colors might vary from the actual model. As such, use the following as references only before heading to your preferred Ford dealership.

If you fancy a look that doesn’t have a lot of things going on, you can opt for two Ford Territory colors, namely the Star White and Crystal Pearl White. Both might look similar from the get-go, but the two paint finishes have differences that can be evident when driving in broad daylight. 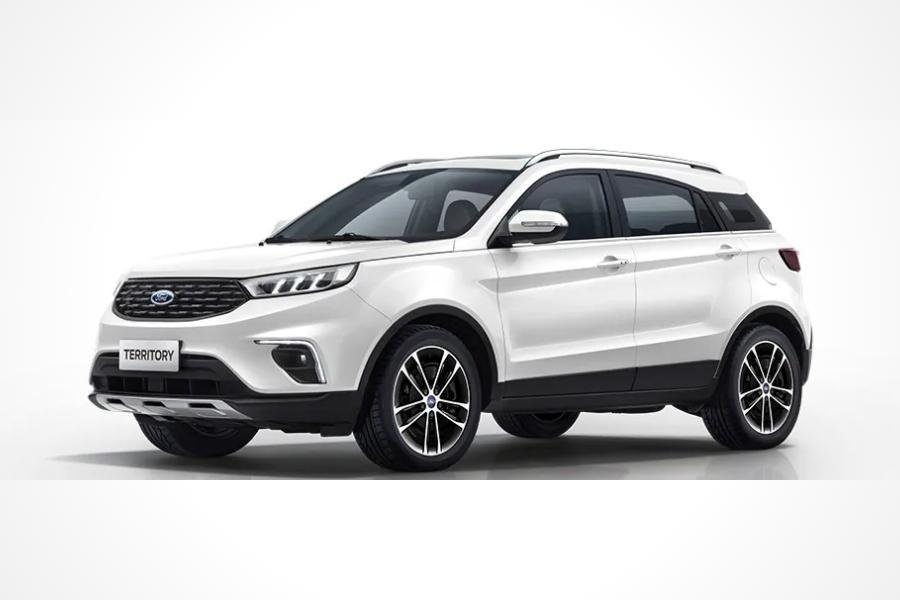 The Star White color option is only available in the base Trend variant, which starts at Php 1,277,000. It is the only exclusive paint of the Trend, offering a clean and neat finish, especially when taken for a car wash regularly. But for those wanting to look different on the road, this might not be the best option considering that most cars are finished in white. 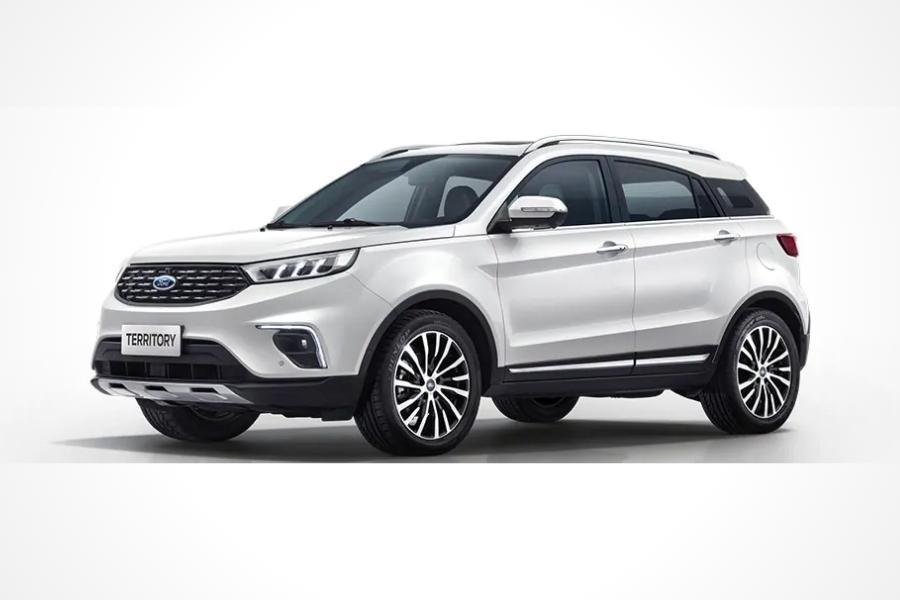 White paint might be a common sight on the road, but there are advantages to it. The most practical benefit of a white color option is that it reflects heat from the sun. With this, you can have a cooler cabin even if you are always on the go for work. This is the advantage of Star White and Crystal Pearl White over the Panther Black which we will touch on in a minute.

The Ford Territory got the stance of a rugged and muscular crossover thanks to its aggressive character lines and the predominant use of blacked-out accents instead of chrome. To further enhance the sturdy nature of the compact crossover, you can choose between two Ford Territory colors, namely the Ruby Red and Panther Black. 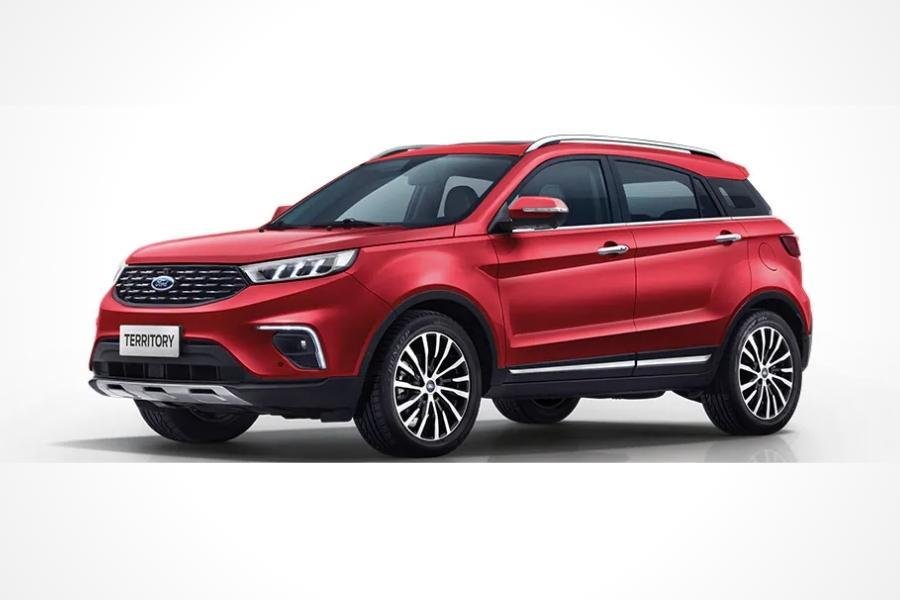 Needless to say, you can never go wrong with a red color if you want to feature a sporty appeal. The Ford Territory color in Ruby Red can be your friend in achieving that certain look. This paint finish also does a good job in contrasting the black side sills, wheel fenders, grille, and the front and rear bumpers of the vehicle.

Moving to the Panther Black, this gives you knight rider-like appeal that can go fast in no time. It blends with the blacked-out accents of the vehicle. That can be a good thing or a bad thing, depending on your preferences. But at least, the Panther Black paint trim brings out the chrome touches on the front skid plate, side skirts, and rear bumper. 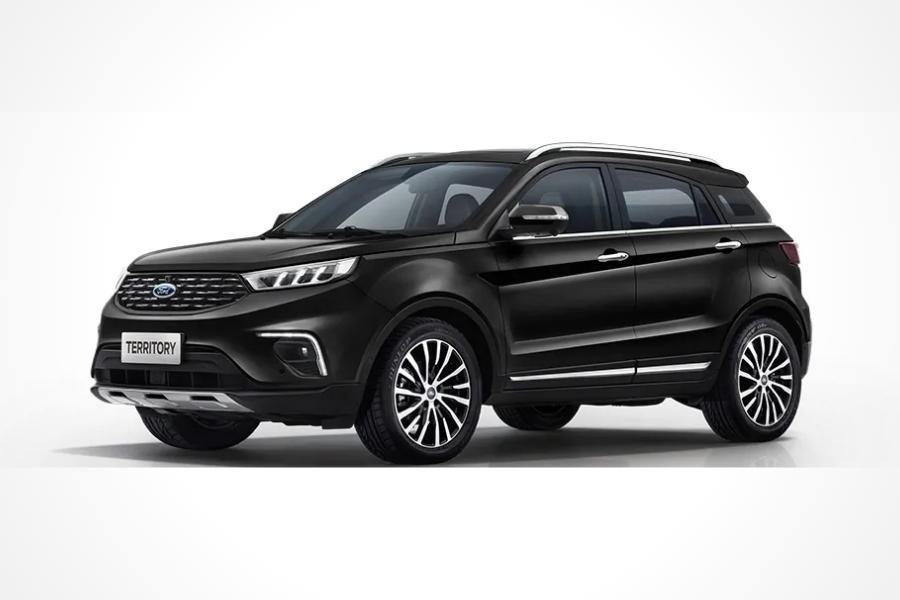 As said earlier, there are disadvantages to opting for a black finish. One of which is that black color absorbs heat from the sun. In a country like the Philippines where temperatures can get high, this can be a troublesome experience for some Ford Territory owners who chose the Panther Black as opposed to a brighter finish.

To note, both the Ruby Red and Panther Black color options are available on both the Trend and Titanium+ variants. And as mentioned earlier, there are no additional costs for any of the Ford Territory color options. This is the same case for the last two color options that we will talk about below.

The last two color options available in the PH-spec Ford Territory are the Diffused Silver and Moonstone Blue. As you will notice, most Ford Territory units found on press photos and test units in car reviews are either finished in these two paint finishes. Even in our Philkotse review, we got the Territory in Diffused Silver. That said, one can say that these options best bring out the vision of the automaker for the compact crossover. 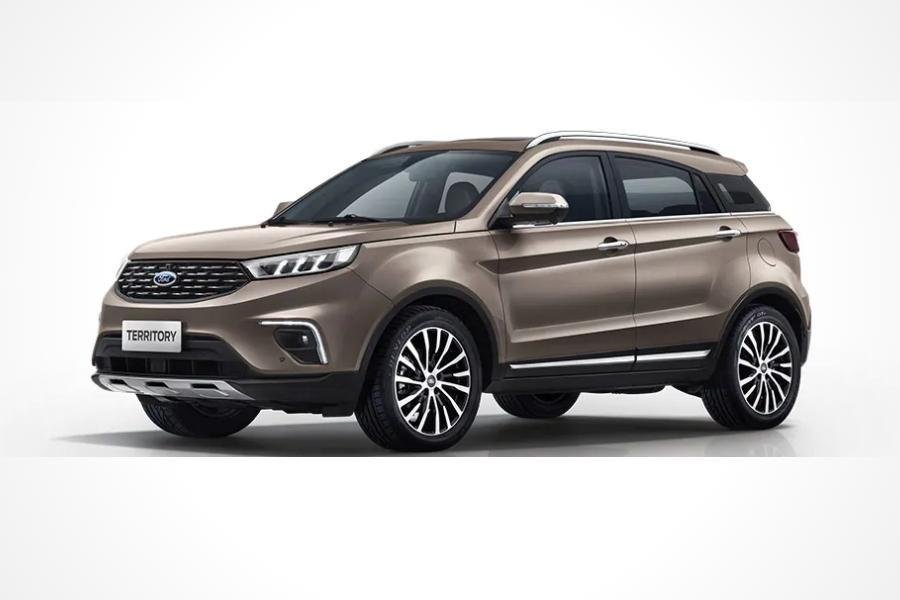 Looking at the Ford Territory in Diffused Silver, it is a unique shade of silver from the ones you normally see in other car models. This can be a good thing if you are looking for a feeling of exclusivity on the road. It is almost close to a brown finish, which is an uncommon paint choice among today’s cars. Plus, this paint goes well with wood accents in the interior.

As for the Moonstone Blue, this provides a distinct shade of blue where one can say that the Ford Territory owns. Since it is a bright color, the blacked-out features of the exterior are emphasized well. In turn, the compact crossover can still retain its rugged appeal with the Moonstone Blue better than the Panther Black. 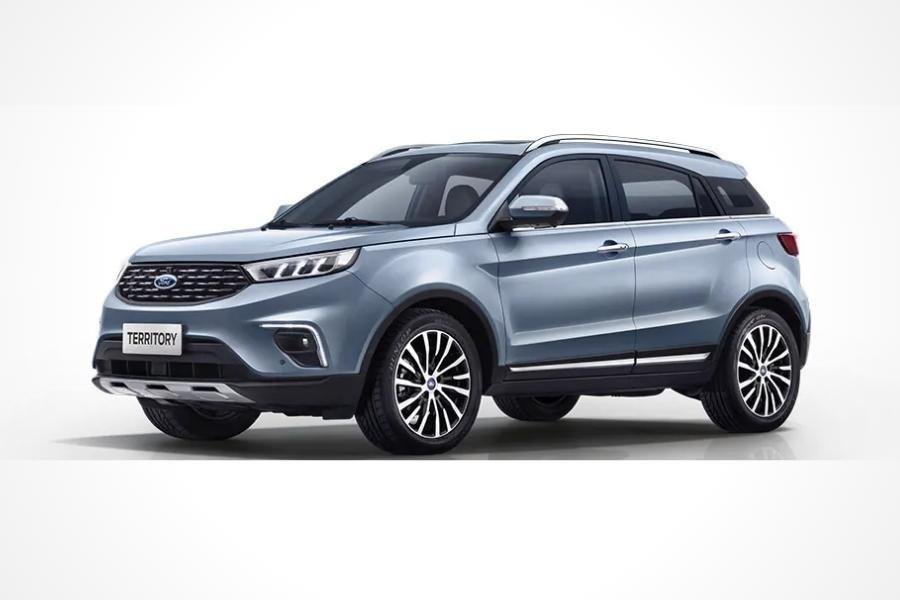 Yes, beauty will always be subjective. But if we will try to look at the perspective of the American marque, both the Diffused Silver and Moonstone Blue are your best options if you want to stand out. Just regularly wash your Ford Territory so you can keep the exterior looking fresh at all times.

In terms of availability, the Diffused Silver color option is available on the two variants of the Ford Territory. Meanwhile, the Moonstone Blue joins the Crystal Pearl White as the exclusive paint option of the top-spec Titanium+ variant, giving the compact crossover an upscale look alongside the exterior upgrades.

Visit Philkotse.com to see the paint options of other cars in the local market.