Everything you need to know about the BMW iDrive

Jan 06, 2020 | Same topic: Best Advice for Car Buyers
Everything you need to know about the BMW iDrive; what is it, as well as the information about the iDrive Control Knob, BMW's Rotary Controls, and iDrive Navigation Screen.

With the tight competition in the automotive industry, manufacturers are always stepping up their game. Cars these days are more than just a mode of transport. They promise comfort and convenience, while being aesthetically pleasing -- thanks to innovators and visionaries in the automakers. One of today’s most recognized brands is BMW. Based in Munich, Germany, the premium carmaker exports its vehicles to many countries all over the world. Aside from being a world-renowned maker of vehicles, the company has also made contributions to the cars that we know today. For example, did you know that BMW made the first production V8 engine?

Today, its latest treat for its customers is the BMW iDrive. But what is this and what is it for? How is this different from what other cars have to offer? Find out for yourself by reading this article from Philkotse.com.

The BMW iDrive is actually a type of infotainment system, originally produced sometime in 2001. Over time, the iDrive system has undergone quite a number of alterations. 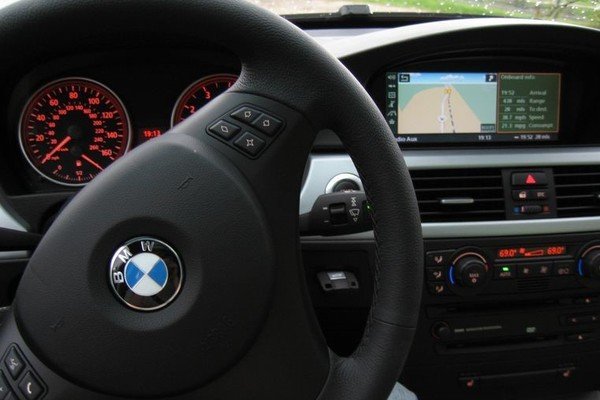 The BMW iDrive is a type of infotainment system

Just like the usual OEMs that you’ll find in most cars, iDrive has a centralized interface. This is capable of manipulating most of the vehicle’s secondary systems. Each of the functions can be performed by using a specific single control knob. But in later models of the system, this includes other buttons that you can program.

The heir to BMW’s iDrive concept is the BMW ConnectedDrive concept. ConnectedDrive still bears the iDrive tech at its core. The only difference is that it ditched the concept of rotary knob control. Instead, it boasts a more modern approach and adopted touchscreen controls instead. Just like the usual OEMs found in most cars, iDrive has a centralized interface

When the concept of iDrive was originally released to the public, it was programmed to run on the Windows CE operating system. In its later versions, the system was able to utilize Wind River VxWorks. If you haven’t heard of it, VxWorks is an operating system that runs in real-time.

This is specially intended to be used in embedded systems. iDrive is one of the best examples of an embedded system. The automaking company also offers periodic software updates to its clients. This, however, needs to be performed at the dedicated dealership service department only. 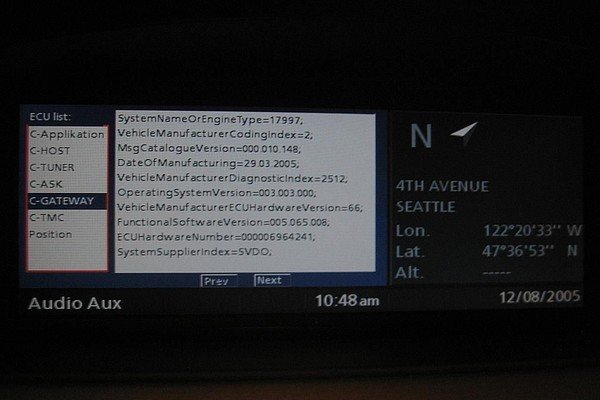 When the concept of iDrive was originally released to the public, it was programmed to run on the Windows CE operating system

If you do, just visit the company’s dedicated support site where you can download your iDrive updates. You can have these updates saved in a flash drive until you’re ready to install it in your car.

A key aspect of the iDrive is that its entire system can be single-handedly controlled by one knob alone. This is a sleek and smart design that assists drivers and helps them keep safe on the road. With most cars, drivers usually fumble with a number of switches and other knobs to access control. With the iDrive knob, the driver is granted control without taking his attention off the road.

When the concept was first introduced to the public, there were users who gave negative critiques about their experience. A few of the critiques state that the iDrive system needed a really steep learning curve. Some claim that the system also kept lagging and caused inconvenience. But BMW came to the rescue as it backed up the product with a good combination of redesign and updates. >>> Click here to find the best BMW cars for sale in the Philippines.

4. Changes in the iDrive control knob

First off, BMW added a few other buttons aside from the actual control knob. The buttons are supposed to be shortcuts. The control knob, on the other hand, was still tasked to control the car’s secondary systems. BMW also added another function to the update -- programming each button to have a customizable function for each user. That means you can program it for a specific control, such as for the radio or the screen.

Based on what we already know, the functionalities of the iDrive system are focused on utilizing the control knob. This effectively lets the driver tweak secondary car systems without turning his head away from the road.

To make this function actually come together, the iDrive system is mapped in one direction. But there are also models that don’t come with the navigation option, instead replaced with onboard computer monitors.

Whenever text input is necessary, the keyboard can be displayed in a circle. An example scenario where you can apply this is when you need to search for a location in the navigation system. With this functionality, you can quickly and easily select the letters just be turning and clicking on the knob.

>>> Also read: [Philkotse guide] Do I really need a navigation in my car?

The iDrive navigation screen functions just like most in-car screens. It primarily lets the user know of the information that’s coming from two sources. There is also a smaller portion on the screen. This is called the assistance window. While in navigation mode, the assistance window can display positional info or directions. This is made possible even if the main window is showing a different screen. At this time, the main display will most likely show you a map or a route guide. 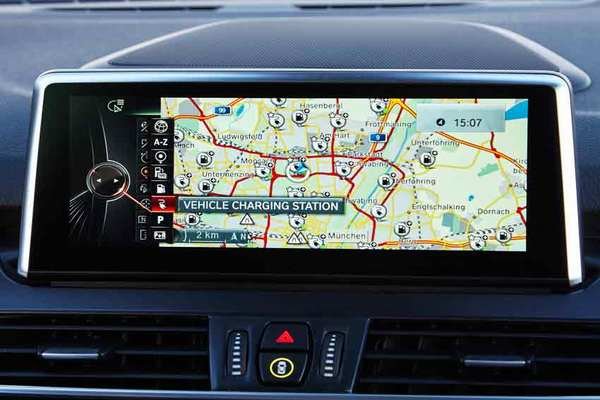 The iDrive Navigation screen functions just like most in-car screens

The assistance window is also capable of switching the display on the screen. This is, of course, provided that the driver brings it up. The user can pull up the climate control, radio or any other system he wishes.