Which 2021 Ford Territory variant should you buy? [Comparison Guide]

Here’s a rundown of the Territory’s two variants.

The Ford Territory made its Philippine debut last August 2020. Ford Philippines had brought it in as its entry into the ever-competitive compact crossover segment. Size-wise, it’s a five-seater model that sits just above the Ford EcoSport. It also shares a platform with the Chinese-made Yusheng S330 crossover.

To have an edge against its competitors, the Ford crossover model comes with a lot of high-tech features. There are two variants available in the Philippines right now. The higher-spec variant is the Territory 1.5-liter EcoBoost Titanium+, and the entry-level trim is the Territory 1.5-liter EcoBoost Trend. They share the same engine and transmission, but they are a bit different when it comes to on-board features. If you're in the market for a Ford Territory, check out this guide

So which Ford Territory should you buy? Which one can suit your needs better? Let’s find out.

Starting off with dimensions, the Territory Tend and Titanium+ are identical. Both measure 4,580mm long, 1,936mm wide, and both are 1,674mm in height. Style-wise, both the Titanium+ and the Trend feature a gloss black grille. The latter variant however, comes with chrome inserts, which the Trend lacks.

The top-spec variant rides on a larger set of 18-inch alloy wheels, while the entry-level trim has 17-inch wheels. The Titanium+ also has rain-sensing wipers and a power-adjustable and power-folding side mirror. The Trend in comparison comes with standard variable intermittent wipers, as well as a pair of power-adjustable side mirrors. Apart from those exterior differences, both variants of the Ford crossover do get LED headlamps and daytime running lamps, LED taillights, a shark fin antenna, roof rails, a rear spoiler, and a panoramic sunroof.

Inside, both variants of the Territory feature similarly arranged interiors. The biggest visual difference however, is that the entry-level trim gets a smaller 3.5-inch LCD gauge cluster, while the top-spec variant comes with a larger 10-inch digital gauge cluster. For passenger comfort, both variants of the Philippine-spec Territory are equipped with a 10-inch touchscreen headunit. It can connect via USB, Bluetooth, and it also has wireless Apple CarPlay, and Android Auto. For sound, the Trend only has six speakers, whereas the Titanium+ comes with eight speakers.

Both variants come with an automatic air-conditioning system with rear vents. Both the Trend and the Titanium+ also come with perforated leather seats, illuminated driver and passenger vanity mirrors, a CN95 cabin air-filter, an auto-dimming rear-view mirror with a high mount USB port, and a push-to-start button. It's got a spacious trunk to boot

Propelling both variants of the Ford Territory is a 1.5-liter EcoBoost engine. On both trims, the said engine can produce up to 141 horsepower and 225 Nm of torque. For the Ford-made crossover, power is sent to the front wheels via a continuously variable transmission (CVT). 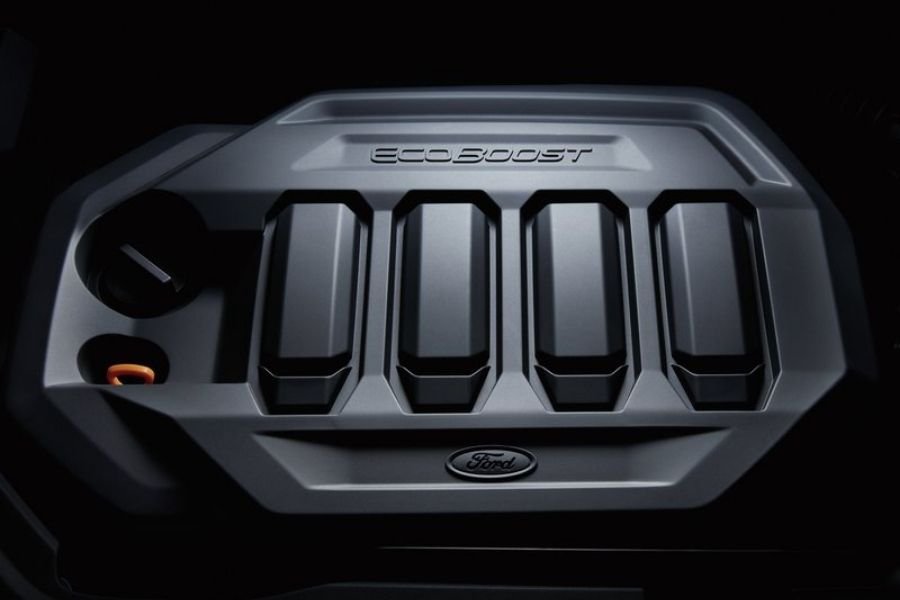 Also common on both variants is a MacPherson strut front suspension and a multi-link independent rear suspension. Braking is then handled by vented discs at the front, and solid discs for the rear. Both variants also come equipped with an electronic parking brake, and electronic power steering.

When it comes to safety, both the Territory Titanium+ and Trend come with what you’d expect from a modern car and more. Both have anti-lock braking with electronic brake-force distribution, hill-start assist, speed-sensing door locks, ISOFIX child seat tethers, high-mount stop lamps, and traction control. Both these trims also come standard with six airbags, smart keyless entry, a tire pressure monitor, as well as a rear parking camera.

The Territory Titanium+ however comes with a load of driver-assist features, which the Trend lacks. This includes adaptive cruise control with forward collision warning, a 360-degree view camera, lane departure warning, and a blind spot information system. Moreover, the top-spec Territory Titanium+ trim can park itself with the enhanced active park assist system.

Of note, the Trend also has cruise control, but the adaptive cruise control that’s standard on the Territory Titanium+ is much more advanced.

To sum it up, the Titanium+ variant is Php 100,000 more expensive than the Trend. Seeing that both of these trims employ the same mechanical bits and engines, that difference in price might account for the top-spec variant’s high-tech driver-assist and convenience features.

So, with that said, a driver that needs a bit of hand holding can make great use of what the Titanium+ is offering. Moreover, the rain-sensing wipers and the power-folding side mirrors on the top-spec trim can also do wonders in terms of convenience. The Territory Trend however, provides a whole lot more than its similarly priced competitors. While it doesn’t have the fancy gadgets found on the top-spec Titanium+, it's already notable for being one of the few crossovers in its price range that comes with a panoramic sunroof, a tire pressure monitor, as well as a ten-inch touchscreen. As such, the Trend might suit people who are looking for a comfortable crossover but aren’t fond of driver-assist features.